Funny pet apps for pet owners or kids who just have to settle for the virtual kinds. 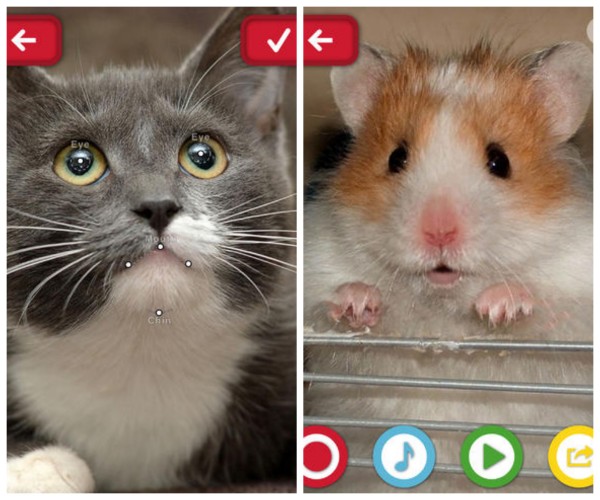 I’ve seen my fair share of funny pet apps over the years because let’s face it, pretty much every kid we know loves pets, or even just the idea of a pet — especially for kids with allergies or parents who prefer to enjoy other people’s pets. (I get it — some of us opt to be party poopers over pooper scoopers).

So I rounded up some of our favorite funny pet apps that we think all kids will love, even if you’ve already got a furry or scaly companion at home.

This app is like a JibJab card, but your own pet is the subject and you provide the soundtrack. Take a picture (head-on close-ups work best), then align the markers with your pet’s eyes, mouth, and chin. Record what you’d like your pet to say (or what you think she’s saying — I’m pretty sure our cat says Feed me! most often), and then hit play. Hilarious!

My daughter had a blast with this one; she even animated her dolls. You can also pull in a photo from your camera roll or elsewhere on the web, so it’s not necessary to have pet actors at the ready.

Instead of making your pet speak in human language, you could try speaking in cat language. Record your voice, and this app will “translate” it for feline comprehension. It’s obviously meant for entertainment only — even my daughter admitted that when she translated Wake up! and the cat lifted his head, it probably wasn’t because he understood the meowing emanating from the iPad. Still, there are some pretty entertaining personal anecdotes in the App Store comments. 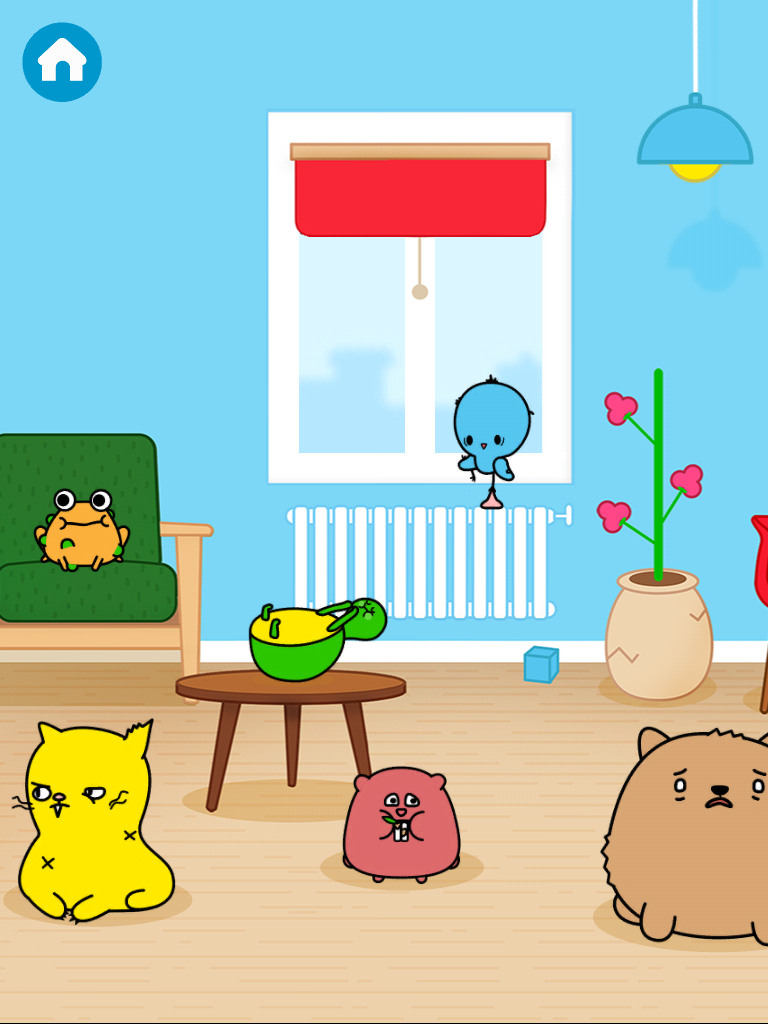 Get hands on with pets and help them heal with the adorable Toca Pet Doctor app that we featured last month. I love pretty much everything Toca Boca does, and so do my kids. It’s ridiculously cute to watch my rough and tumble boy coo over all the pets he treats, from a worm to a duck to dogs.

Satisfy your kids’ yearning for a pet and make sure they know to bring a hoodie, thanks to Weather Kitty and Weather Puppy, one of our favorite funny weather apps. There’s even Grumpy Cat! (I expect to see her when it snows in May here in Colorado.)

iQuarium (Free for iOS and Android)

Finally, for kids who aren’t into fur, iQuarium offers an interactive habitat where you can feed and play with fish, or just relax and watch them swim. It’s kind of therapeutic actually, especially since you don’t have to worry about water temperature or weird fishy ailments. (Fish are more difficult than I ever expected). As you spend time with your fish, you earn points that can be used to make your aquarium more interesting — and not quite as sparse as mine, shown above. I swear I didn’t kill them.

For more fun apps for kids, make sure to check our archives. And follow our Cool Apps for Kids Pinterest board.