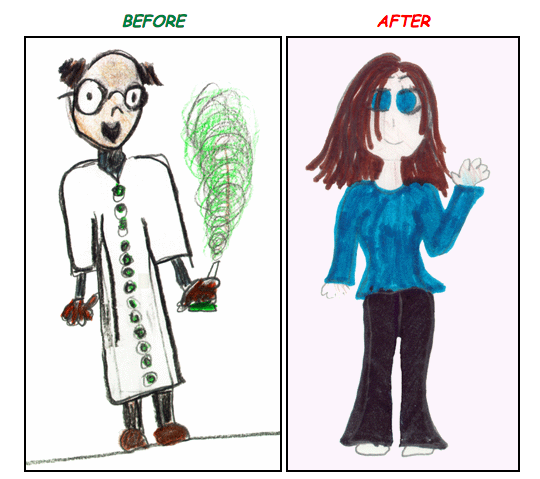 I am utterly taken with this website that features drawings of scientists by kids before and after meeting them. The seventh graders visited a Fermilab site, and it’s amazing to see some of the changes.

While some of the kids had a good sense of what a scientist may look like before the visit, quite a few kids wrote things like “scientists live in their own world,” and described them as ” kind of crazy, talking always quickly.” Or that he has “hair standing straight up.”  Back to the Future, anyone?

Share it with your kids. Or just ask them to draw their own “before” photo before showing them the site. I think they’ll like it.

Visit the Fermilab Ed Site to check out the drawings from the 7th grade scientist project.