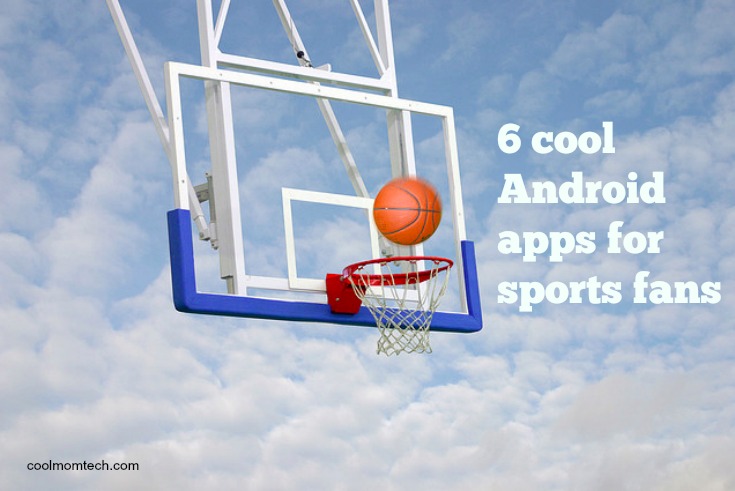 If you’re anything like the sports lovers in our lives, you’ve got the game on the big screen and your smartphone in your hand, flipping through Twitter, Facebook, and other cool Android apps for sports fans to help bring the game to life in the best ways technology allows. Unless you’re like our editor Kristen (lucky!) who will be there in person tonight to catch UConn and Kentucky battling it out for the National Championship.

We’re thrilled to be teaming up with  LG who we’ve loved long before they were our newest sponsor (yay!) because they happen to have a slew of amazing Ultra HD-TVs, including the new OLED curved TV, which is about as close as you can get to watching the game in person. (Seriously, it’s that awesome.) The clarity is unbelievable and the cool curve feature ensures that there’s no bad seat in your house.

However one thing you are guaranteed to have at home that Kristen won’t: Wi-Fi. So we’ve rounded up  6 cool Android apps (that also happen to be compatible with the new LG G-Flex smartphone) beyond the typical sports app recommendations, to help enhance your game watching tonight and all year long. 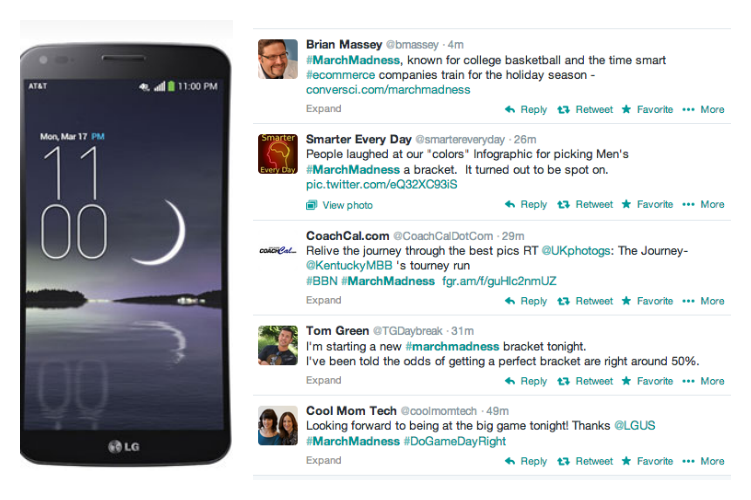 Twitter app
Our first stop is always the Twitter app during big events to keep up with global sentiment–and often, the best humor of the night. A smart tip is to follow the game day hashtag (in case this case, #MarchMadness is the most popular) and use it yourself to jump in on the conversation. You can also see all the cool stuff LG has been up to this Final Four weekend with their own #DoGameDayRight hashtag.

Team Stream app
Unlike the big sports network’s app, you’ll really like how Team Stream allows to follow only the teams you’re interested in, which means you curate the news, scores, and information that you want to see. It’s really handy for when you want more info on a stat or past game that comes up–or uh, to settle an argument on the sofa about which team had the stronger season in 1996. Plus, when college basketball comes to an end, you can move right into baseball season with Team Stream and keep an eye out for breaking news before you’ll see it anywhere else.

TWC TV app
If you’re a die-hard TV watcher of any kind, you want all the DVR opportunities you can get. With this app, Time-Warner Cable customers can set the TV to record remotely from your Android phone, making sure you’ve got the tip-off recorded in case you’re running late. It’s also great if you’re the kind of fan who likes to watch highlights over and over, long after the game is over. And your team has won. Of course.

If you’re not a Time-Warner subscriber, take a peek at your own provider’s site for info about similar app options, because this is one that comes in handy for us all the time.

Epicurious App
No game day is complete without the food–and we know that for some of you, it’s mostly about the food. You can admit it, it’s okay. We find it’s super easy to search Epicurious for last-minute game day recipes, whether you’re trying to add one more dip to the mix, or amp up your nachos. 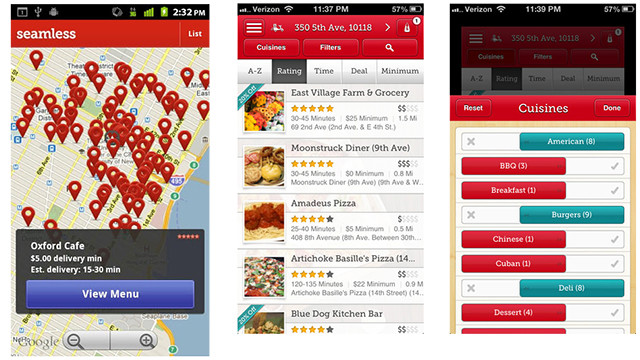 Seamless app
Rather focus on the game than cooking? No worries. The Seamless app is one of our favorites, and makes getting delivery or take-out in your area incredibly easy if you’re in NY, San Francisco, DC, and beyond. It even lets you know how long it will be before those three pizzas make it through your door, and because you pay with your credit card through the app, no need to fumble for cash or a tip when your delivery arrives.

Cocktail Flow
You might already have signature drinks ready for your viewing party, however what we like about Cocktail Flow is that it offers you up cool alcoholic and non-alcoholic recipe ideas based on what you already have in your fridge or liquor cabinet. It’s a cool way to try something new or create your own NCAA Finals drink recipe. Mint Juleps, anyone?

Thanks so much to our partner LG  for sponsoring this post and sending Kristen to the NCAA Championships. Also, thanks for making the brilliant new LG OLED curved TV which makes game day so much more awesome.

We also love how LG has teamed up with Project Fit America this year for the NCAA Final Four, a national charity providing support for physical education programs for kids, for a Coach’s Cook-off hosted by Clyde “The Glide” Drexler (love him!) and awarded one lucky local-Dallas elementary school with a grant to support their own physical education program.  Yay for big tech companies doing good things for kids!