When a Kickstarter campaign blows past their goals of raising $50,000 in less time than it takes for my son to tie his shoes in the morning, you know they are on to something special. How special? Well, I assumed that the cost of 3D printers would keep them mainly in labs and manufacturing facilities for a while before they came down in cost enough to be a regular household item for the masses. But, it looks as if the time is now for even us regular folks to get our hands on one of the coolest pieces of technology since SIRI started helping me find the nearest Chinese food restaurants.

The Micro 3D printer is, as the name suggests, a small, lightweight, and portable 3D printer that could easily fit onto even my crowded desk. And it is sooooooo cool, that it warrants all that extra “oooooo”s. Nicely designed and without tons of buttons or ports to figure out, it looks pretty simple to use, even if the technology still blows my mind. 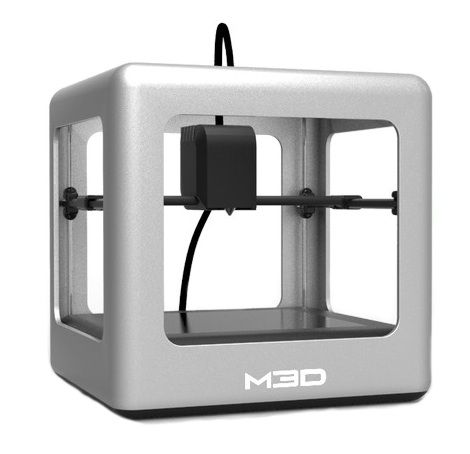 Support their Kickstarter campaign with $299, and you are promised one of the units from the first production run when they are ready to ship early next year. The Micro is not exactly inexpensive, but definitely not out of range for early adopters who want to be able to try out this technology soon. Especially when you consider that the Foodini 3D food printer we recently featured on Cool Mom Picks rings in way way higher than that.

If your kids are anything like mine, they will want one too. Then, they’ll be lined up with enough requests for replacement LEGO bricks, doll shoes, and toy figurines to keep your printer busy for a good long time.

UPDATE: You can now find the Micro 3D printer at its own M3D website.