The POWERQUBE lets you charge your 8 zillion devices at once. Okay, maybe 9.

I’m thinking we might need to get with the new POWERQUBE charger pronto, and I’ll tell you why. Because I have a feeling I’m not alone here.

See, there’s this one spot in our kitchen that somehow became plug-in central. It’s where my husband and I automatically go to charge our iPhones and my old iPad (which our son happily refers to as his iPad). It’s also where I plug in the blender, mixer, panini press, and waffle iron. It’s not like there aren’t other power outlets in the kitchen, but we’ve all just gravitated toward this one next to the fridge.

Since we’re friends here, I’ll admit that there have been one or two times when I actually unplugged my husband’s phone, walked it over — cord dragging — to another outlet, so that I may charge my iPhone in The Prime Spot. Yeah, it makes no sense at all. What we need is a power strip…only, not a powerstrip. Enter the POWERQUBE. 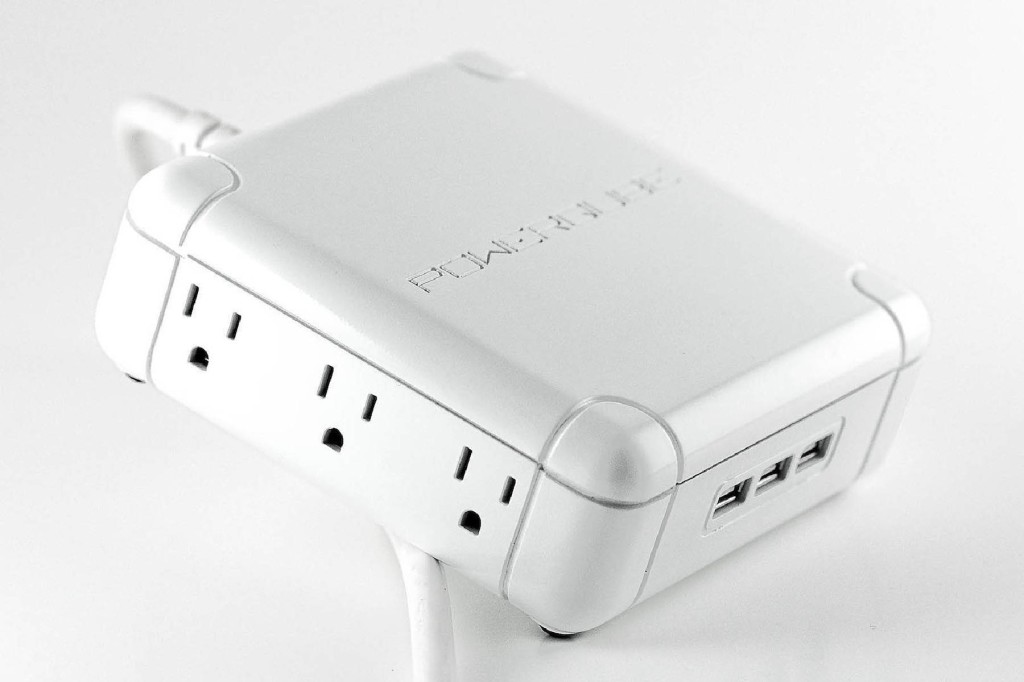 This is a smart-power charging system that allows you to juice up to nine devices simultaneously with six electrical outlets and three USB ports. The technology lets you plug in any device at once–whether an Android Tablet or a MacBook or a waffle iron–with each receiving the specific  type of charge it needs. But it’s way sleeker than a traditional power strip. In fact, you won’t mind it being visible on a large workstation or desk, and it’s compact enough to toss in your tote for the road. Or hey, with that flat wall plug (love!) and 5-foot cord,  just hide it behind your furniture. Only don’t keep the waffle iron there.

The  POWERQUBE is available in white or black directly from Grand St. web site for $69.