The new Philips Sonicare for Kids power toothbrush: Like a babysitter for their teeth 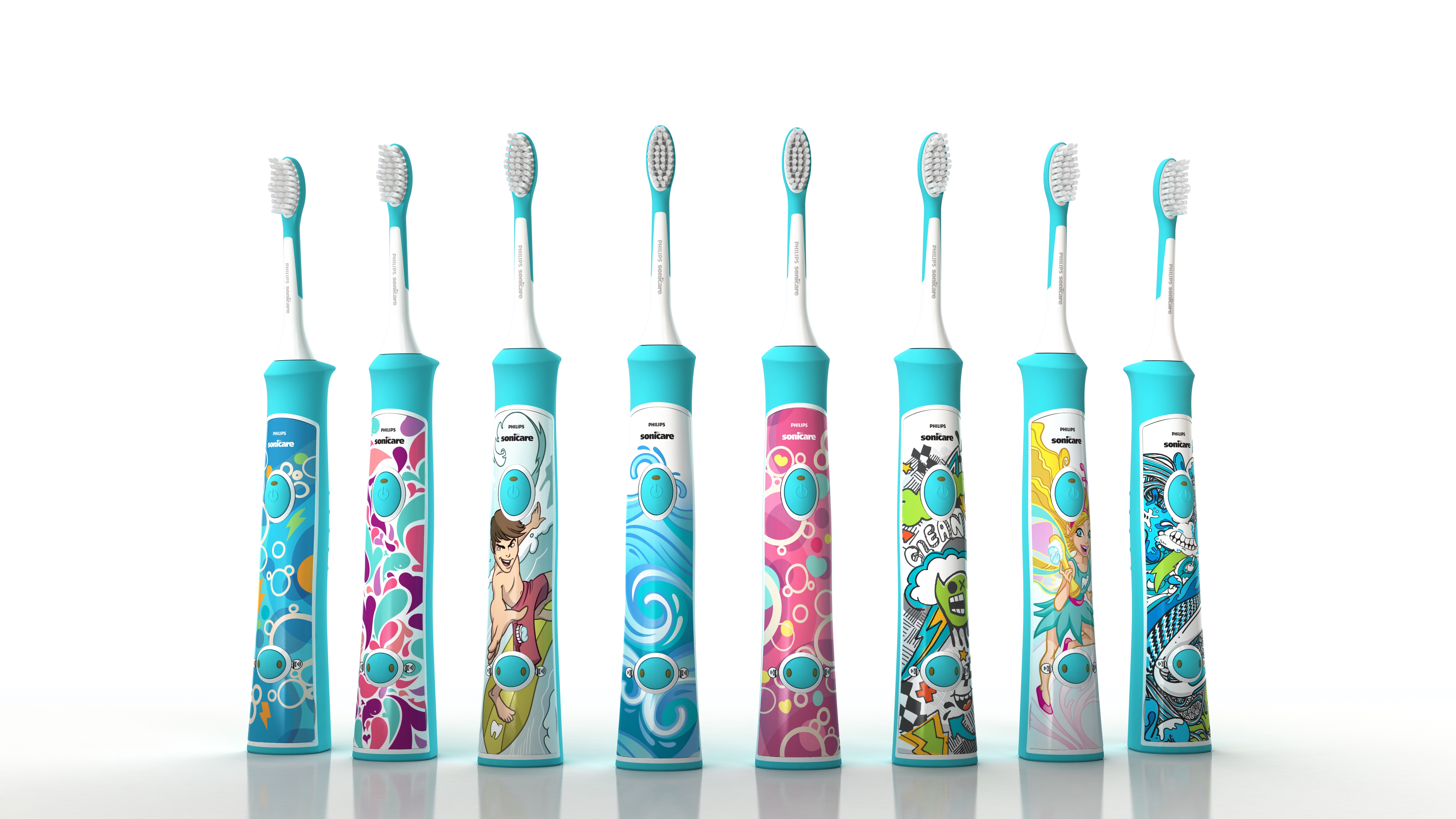 As much as I love my five year-old son’s newfound independence in the morning, I have had to watch his toothbrushing like a hawk, at least until I tried out the new Phillps Sonicare for Kids Power Toothbrush. Now he can brush his own teeth, with way less parental guidance necessary. Enough said?

We’ve bought many other kid-friendly toothbrushes in the past, some of which sing songs or flash lights until the recommended two minutes of brushing time is up, and that’s definitely helpful. The Sonicare toothbrush does something similar, cheering your kid on with encouraging sounds throughout the two minutes, though no actual music throughout–a plus for me–and it’s got those all-important stickers for fun customization. But the major difference is in Sonic technology, which claims to deliver a whopping 500 brush strokes per second. No, I didn’t count. But wow, does it ever work. Those brush strokes do way more than I ever could, which means I can leave him to his own bedtime routine without having to hover.

At $49.99, it’s definitely pricier than all of the other electric-powered kid toothbrushes on the market, but it’s got a lot more staying power because you never throw the toothbrush away, just replenish with new brush heads (about $21.99 for a pack of two). That’s an environmental plus for me too.

Keep in mind, you can use the same base for two kids, so long as you can keep track of whose brush head is whose, so that’s good news for parents of two–provided you can get them to share in the first place. And just one caveat: Make sure you keep a washcloth nearby to wipe up the errant toothpaste that ends up on his clothes from all of that Sonic power.

Even though the brush heads come in two sizes, I also wouldn’t recommend using the smaller compact size on a child younger than four, as it’s still a bit too large for a toddler mouth, plus the vibrations might be a little disconcerting for a little one. Of course, in the end, you know your kid and what they can or can’t handle. And how big his or her mouth is. Ha.

The new Phillps Sonicare for Kids be found at our affiliate Amazon for $5 less than on the Philips website.