Landing a robot on a comet? Don’t wear a shirt covered in boobs. Wear this. 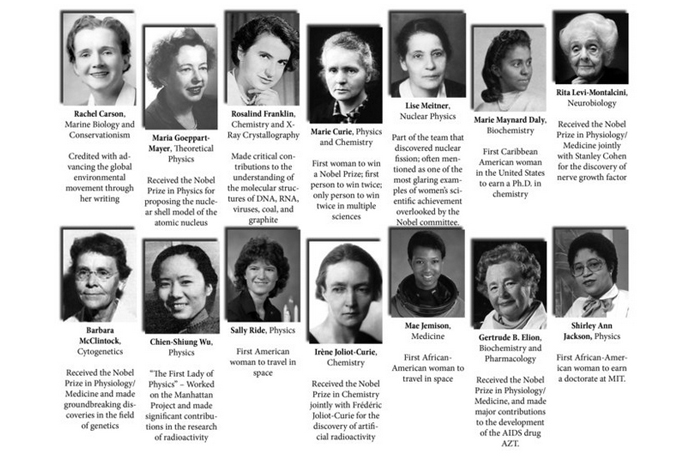 When Rosetta mission scientists landed the Philae on a comet, we cheered…until we noticed that one of the project scientists was wearing a bowling shirt covered in…strippers with guns? Huh? Luckily, there’s a Kickstarter (already funded!) to make sure the next prominent scientist on TV is wearing a bowling shirt covered in notable women of the STEM world. And if you’re a tee shirt person, you can get that, too.

Elly Zupko joined the bandwagon of feminists on social media disappointed to see a major scientist on TV wearing a shirt that celebrated bikinis more than the achievements of strong women in the sciences, technology, engineering and mathematics. When she tweeted this picture with a few major tweaks to add notable women, #ThatOtherShirt was born, and now STEM: Women All Over It is becoming a reality.

For $15, you can buy a poster of the image of STEM ladies, while a t-shirt runs $35 and a bowling shirt is $75, as they’re actually pretty pricy to print and make. At the $500 level, you can actually select a STEM lady of your choice to go on the shirt, plus receive several shirts and a poster. Kid sizes have already been unlocked for both shirts, thanks to the fact that the minimums have been met and the Kickstarter was funded in under twenty-four hours. Way to speak out for a good cause!

The project is entirely non-profit, stating, “The point is education, awareness, and inspiration for all people who want to see advancement in science, technology, engineering, and mathematics through closing the gender gap.” Excess funds will be re-invested to offer more shirts and contribute to several non-profit organizations, including the National Girls Collaborative Project.

We love seeing a fashion FAIL turn into a WIN for women in STEM!

Contribute to the STEM: Women All Over It Kickstarter to get your own #ThatOtherShirt poster or shirt.