The Counting Kingdom: Like Plants vs. Zombies using addition 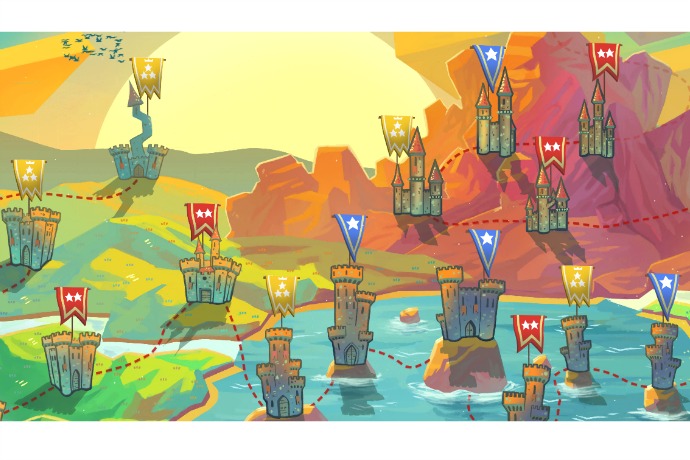 It’s hard to believe that in many places around the country, we’re halfway through the school year. But if your kids are like mine, that also means they’ve been drilling their math facts for months, and they could probably use a change of pace. The Counting Kingdom is a cool new math app that actually makes practicing math fun.

Some math apps, even ones that we love, are really just drills disguised as games, with a specific path to a single right answer. What makes The Counting Kingdom different is that there’s strategy involved, and lots of ways to make it through each level of the game. Choose different combinations of numbers to add together and destroy monsters, or use potions to change the numbers and get yourself out of a tight spot.

Think of it like Plants vs. Zombies, except the board is smaller and your weapons are math facts instead of pea shooters.

I know The Counting Kingdom is fun because my first grader keeps telling me how far he has progressed, and how many stars he has earned on each level. It doesn’t hurt that he’s a big Plants vs. Zombies fan either, and a self-proclaimed math genius.

I do like how The Counting Kingdom helps kids visualize fact families — how sets of numbers relate to each other as they can be added or subtracted. But I wish that the kingdom would expand to include multiplication and division. Hopefully we’ll see a sequel in time for back to school later this year.

The app is $2.99, which is on the pricey side considering that it only covers addition and is geared toward a narrow age range of 6-8. Still, The Counting Kingdom deserves major credit for truly engaging gameplay that makes kids want to achieve the highest score possible. That’s always a good strategy where it comes to math.