Piquing our Geek: A 3D printer just for kids. Like they won’t be begging for that. 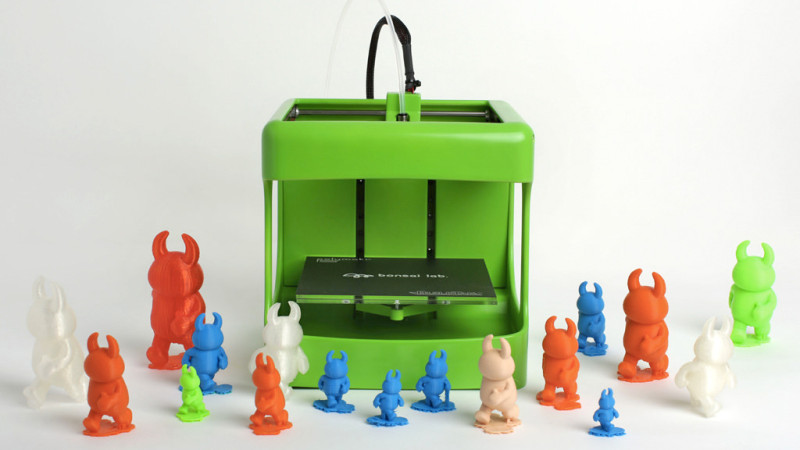 After spending a fun afternoon at Makerbot‘s NYC store last fall, my kids are  now completely fascinated with 3D printing. It’s a pretty phenomenal way to get kids creating, designing, coding and building. But the big challenges remain the cost, the access, and of course the safety. Those filaments get hot! Which they have to, to be able to melt into something pliable for model-making, then harden into the final product.

Related: The micro 3D printer for your home that’s blowing up Kickstarter

Bonsai Labs is on the case with an upcoming model for kids called the BS Toy 3D Printer that was announced at an international toy fair in Germany, and should be out later this year. From what I’m seeing, it will use a special filament that they’re creating that takes the heat factor down from 356°F to 176°F.  Not that that makes it great for unsupervised four-year-olds, but it is a significant fix.

I for one am really excited to learn more.

Of course how viable it is for families will still come down to cost, but also how user-friendly the compatible software is. Sometimes kids’ creativity and imaginations simply surpass their ability to rotate shapes properly along an XY axis. Especially when your kids want to create a Minecraft sheep they can wear as a ring.