An iPad stand for Eames fans 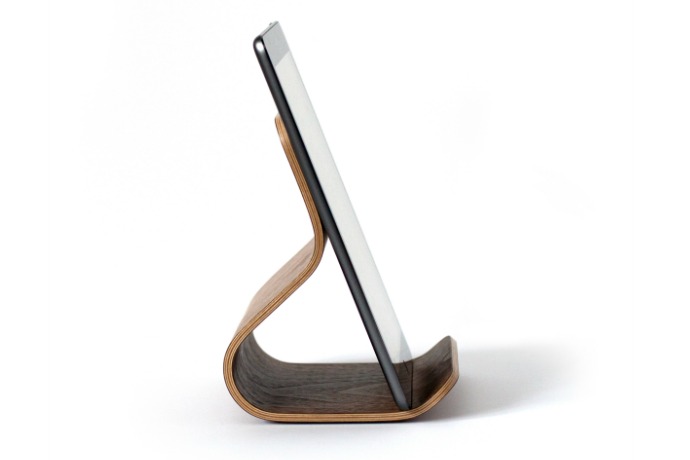 I have a thing for simple, smart design, which is probably why I’m such an Apple fan. It’s also why I love so many of the Apple accessories designed with the same sensibility. So all it took was the silhouette of this Ray Tablet Stand handcrafted by Ciseal, and, yeah. I filed under Need One Now. Then added it to the Cool Mom Picks Indie Shop so you can grab one too.

Observant mid-century design fans may get the Ray reference; the molded plywood tablet stand with walnut veneer is inspired by Ray and Charles Eames’s illustrious LCW chair. In fact, the stand looks a lot like something the couple might have created themselves, could they even have conceived of iPads, Kindles, Nooks and Galaxy Tabs back when color television was considered technologically advanced.

I think the stand would look gorgeous on a kitchen counter, on a nightstand, or just on a desk. Maybe an Eames desk. Though that will set you back even more than a fully-loaded new iPad.