Piper: The ultimate toy for budding engineers who love Minecraft. In other words, our kids. 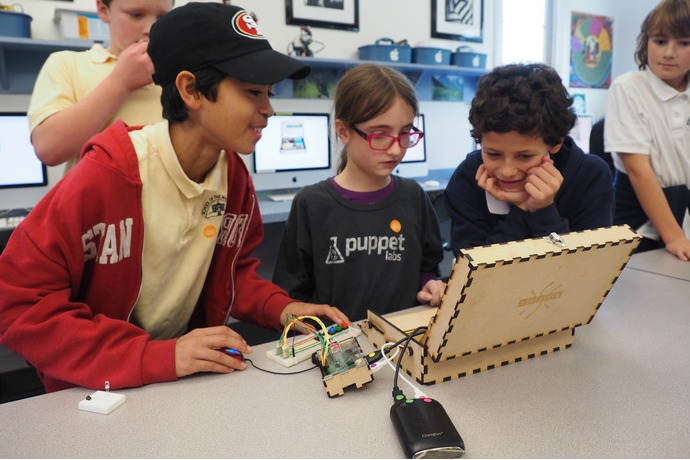 As you can see just from browsing our site, Minecraft and STEM toys rank high on our list of the coolest stuff for kids that’s both fun and educational. So when we heard about Piper, which brings together coding, engineering, and Minecraft all in one cool toolbox, we knew our kids would love it.

With Piper, kids connect a Raspberry Pi 2, a powerbank, and a 7″ LED screen to build their own computer, which is all pretty awesome in itself. But the really cool part is that kids can then use Piper to explore and build in a modified Minecraft world.

They aren’t just building on the screen — they’re using Piper’s hardware to engineer those on-screen missions. I’m talking about LED lights, motion sensors, buzzers and switches that kids can physically assemble, which control what’s happening on the screen. So cool!

What I love so much about Piper is that it helps kids make that connection between theory and reality where it comes to engineering. Playing Minecraft can be a cool and creative learning experience, but adding physical components that kids can manipulate themselves really helps them grasp what’s happening behind the screen. Plus it’s a great sense of accomplishment when they figure out how to solve a problem with their own hands and mind.

I also love that all of Piper’s components fit neatly inside a wooden case, to keep them from getting lost or stepped on. Or vacuumed up, at my house.

Piper is currently in Kickstarter, and they’ve already raised nearly double their goal funding. But you can still grab an early bird Piper toolbox for $149, which could make a pretty amazing holiday gift, since they’re scheduled to deliver in December 2015.

Just tell your kids that with Piper, they can build a way to find diamonds more easily. They will be begging for it, you’ll see.

Learn more about Piper on their website, and then go get your own on the Piper Kickstarter page.