Danny Weinkauf’s Champion of the Spelling Bee: Kids’ music download of the week 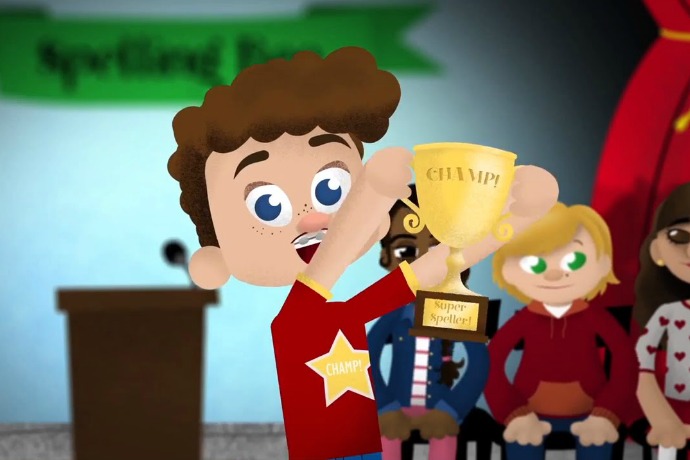 Later this week, my kids and I will gather around the television to watch the nail-biting action of the Scripps National Spelling Bee Finals. But before we start to marvel at the super kids who don’t get frazzled spelling words from autochthonous to zenaida , we’ve got a great tune to play by They Might Be Giants’ bandmate and Grammy-winning composer, Danny Weinkauf.

Champion of the Spelling Bee, from Danny Weinkauf’s awesome debut kids’ album No School Today, features the vocals of his 11-year-old son, Kai Weinkauf, who sings of becoming the last speller standing at the end of the competition. It’s a rocking kids’ tune that gleefully celebrates the hard work and brainpower  needed by the 285 finalists, but it’s also a great track to play before your own kids’ first spelling bee.

Download a copy of Danny Weinkauf’s Champion of the Spelling Bee from our affiliate Amazon and watch the music video on YouTube.  The 2015 Scripps National Spelling Bee Finals will air on ESPN on Thursday, May 28th.