A card game that teaches kids about women in science. So basically, our kind of card game. 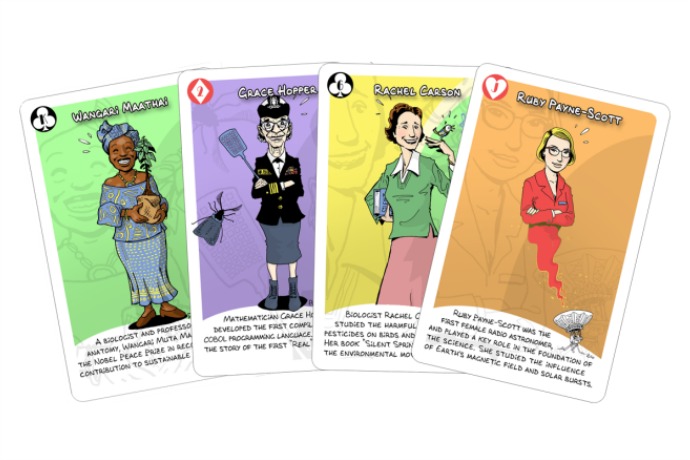 If you’ve ever looked, then you know how hard it is to find examples of female role models in STEM, which is why these parents decided to create this new card game Women in Science for their daughter, and now, for all our kids. Yeah!

Not surprisingly, the creators of Women in Science found that most people couldn’t name more than one female scientist (sigh), and so, the idea for this card game was born. This set of very cool hand-illustrated cards are more than just flash cards with facts about awesome women in science, by the way. It’s an actual game, with strategy, where kids create labs using the cards that can then compete with each other.

How funny is their ala Charlie’s Angels logo?

And even though this campaign has been funded already on Indiegogo, you can still purchase the game at the special price through the end of the month. Plus, they’re donating a portion of their profits to local organizations supporting women in science. So cool. Here’s to celebrating women in science, and hopefully inspiring the next generation.