Data nerds of the world, unite! 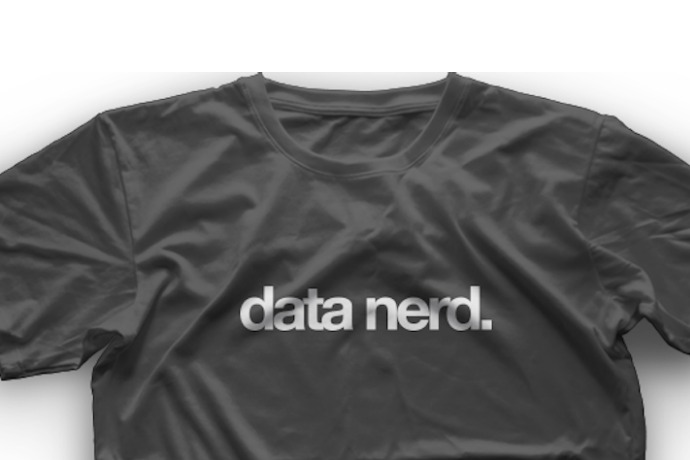 Those who know me know that deep down, I am a data nerd. And those who listen to the Spawned podcast know that it’s not so deep down, since I’m always researching studies and quoting statistics and shooting down lame studies about why parents suck/fail/are ruining their children for life, that do not prove causation in the least.

Good news: They’re free! Meh news: You pretty much need to be a CTO, app developer or systems enginner to get once, since they’re only free when you sign up for New Relic’s application monitoring service.

Seeing as how I’m not in that group — although those charts and analytics do look amazingly appealing — I also scoped out a data nerd shirt for the rest of us, thanks to the cleverly named Words on a Shirt shop at Red Bubble.

This one is not free, though it does come in lots of colors and styles including a few just for the wimmins. Because the profound appreciation of the measurement of qualitative and quantitative variables knows no gender.

And hey, if we ever build an app and need some data analysis? Now I know where to go for that too.

Find the data nerd shirts and hoodies at RedBubble starting around $24. And thanks Shannon!