An awesome photo app that helps preserve more than snapshots, it preserves your family stories. 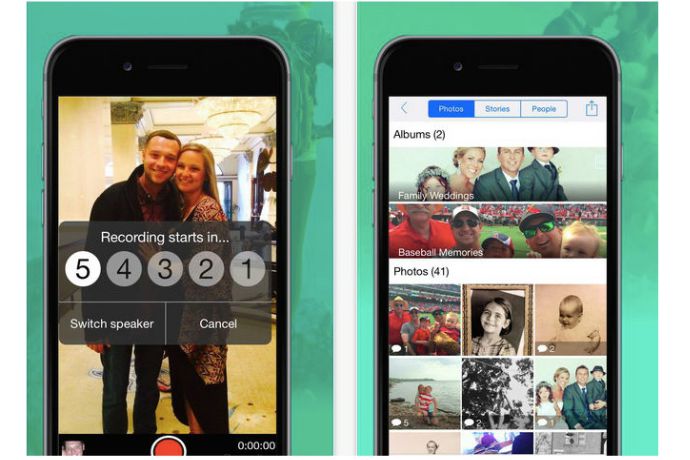 So, you have tons of photos on your iOS Camera Roll, right? Yeah, same. Now, how would you like to preserve those memories — with audio — forever and a day? Yeah, that’s what I said. Bring it! That’s why I was happy to discover the everyStory app.

Related: 5 of the coolest new photo apps for iPhone and Android out now

This new, cloud-based, interactive photo album lets you also record audio narration to help tell the story of the moments capture in photographs. As you flip through your digi pics, you can narrate along (think, the director’s commentary included in those DVD extra features) so you can create stories lasting anywhere from a few minutes to hours. You can even enlist multiple narrators , so little Zoë can recount her first bike ride and then hand it over to her father so he can describe the milestone from his own perspective too.

In a way, it reminds us of a much more complex, rich version of the Shadow Puppet app for kids.

Importing the photos is a snap. Just download directly from you computer, your iOS device or scan old-school print photos into the app using your smart device’s camera — finally, an excuse to digitize them!

I like that you can also work on a photo project in a private group, having different people contribute photos or stories through the cloud, so you don’t have to get together to make a special video for Grandma’s 75th, or your parents’ golden wedding anniversary.

(Totally beats posting 172 photos plus captions to a Facebook album shared with your 357 closest, right?)

The one glitch for me was that on playback of my audio, the photos took a good while to load. So often I would be staring at a blank screen with that dreaded “buffering” circle thingy in the center while listening to my audio clip. Tried it a few times, just to see if it may have been a WiFi issue, but not so. It’s a kink that I hope gets ironed out soon because otherwise this is such a great, useful tool for families.

So, what’s the cost? Yeah, that’s an FAQ, for sure. It’s free for iOS and Android users, allowing you to store up to 500 photos and have unlimited recording. If you want to work with unlimited photo storage, then you’ll have to shell out $3.99 per month or $39.99 a year. Audio storage remains free, though.

However, if you’re using this for creating a special video for some special occasion, you can probably get away with the monthly membership, share and download the finished project, then unsubscribe until the next big day comes around.

The everyStory app is a free download on iTunes and Google Play.