Star Wars Home t-shirts: Because for Jedis – or smugglers – home is where your ship is 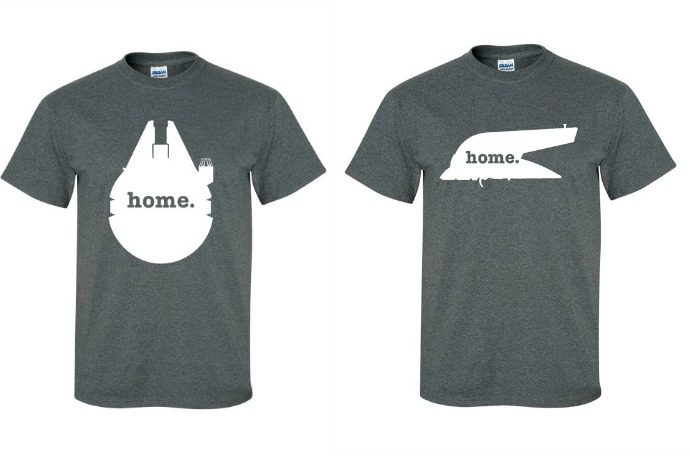 I had to laugh when I saw these clever Star Wars shirts, designed in the style of the popular home state tees you may have seen all over the place. But with these, your little (or big) Star Wars fans can share their love of their home ship instead.

We know more than a few kids who would love these shirts, whether they’ve got more of an affinity for the Millennium Falcon, Lando’s Cloud City or even a Jawa Sandcrawler.

If you want to get super geeky, you can also grab one featuring Boba Fett’s Slave I ship, and truth be told, I had to Google that one. But maybe your Star Wars fanatic won’t.

These are such a fun departure from the hoards of Star Wars shirts I’ve been seeing, that feature logos and characters. My only question is when they’re going to get Rey’s Speeder on there. I’ve got a few girls and a boy who would totally sport that one. Then again, perhaps the Millennium Falcon will become her home after all.

UPDATE: Thanks to Kristen’s suggestions, the company added a Death Star shirt and a Home Speeder Shirt! Whoo!