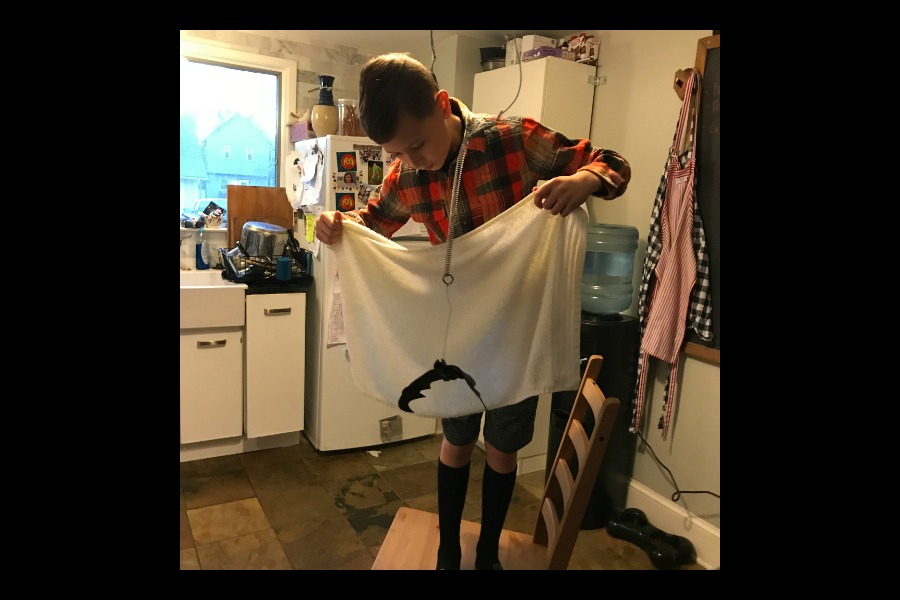 Unless you’ve been living under a rock, you probably saw the hilarious viral video of the Irish family trying to catch a loose bat in their kitchen. If you have not seen this video, I suggest you watch it right now. Trust us, it’s funny!

Well, no surprise, someone decided to turn Derry, the poor dad who was tasked with attempting to catch the bat (with a towel, no less), into a Halloween costume. Okay, okay, so it’s my 10-year old son, but still. It’s pretty freaking awesome, if I do say so myself.

We hope you enjoy watching it as much as he (or, um, we) enjoyed making the Halloween costume. And well, watching that original viral video a few hundred times. Nope, we’re not even kidding.