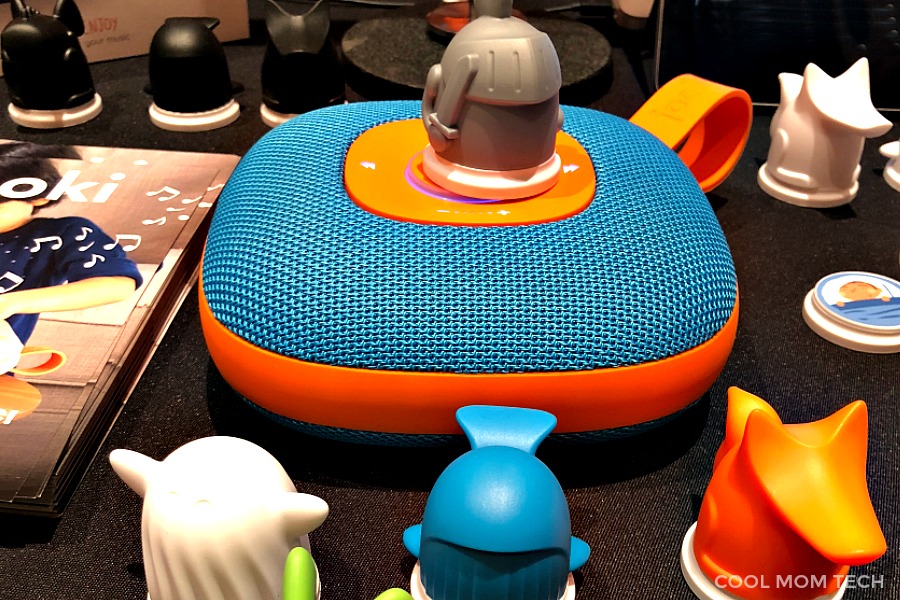 Wow was I excited to discover Jooki at CES 2018. I mean, I saw a whole lot of new tech for kids, but not a whole lot beyond STEM and coding toys that really made me go wow. So I’ll be sharing a few top favorites for kids over the coming days, but I have to start here.

This newly launched music player for kids 3 and up is innovative, it’s useful, it’s thoughtfully designed, and honestly, it’s adorable.

It was created by three self-proclaimed geek dads who had the same needs as parents that we all can relate to: Will didn’t want his son borrowing his own phone to be able to play music; Theo wanted his toddler daughter to have the independence to explore music without help, like we did during the days of CDs and cassettes; and Pieter wanted his kids to be able to listen to audiobooks in both English and his native Dutch. 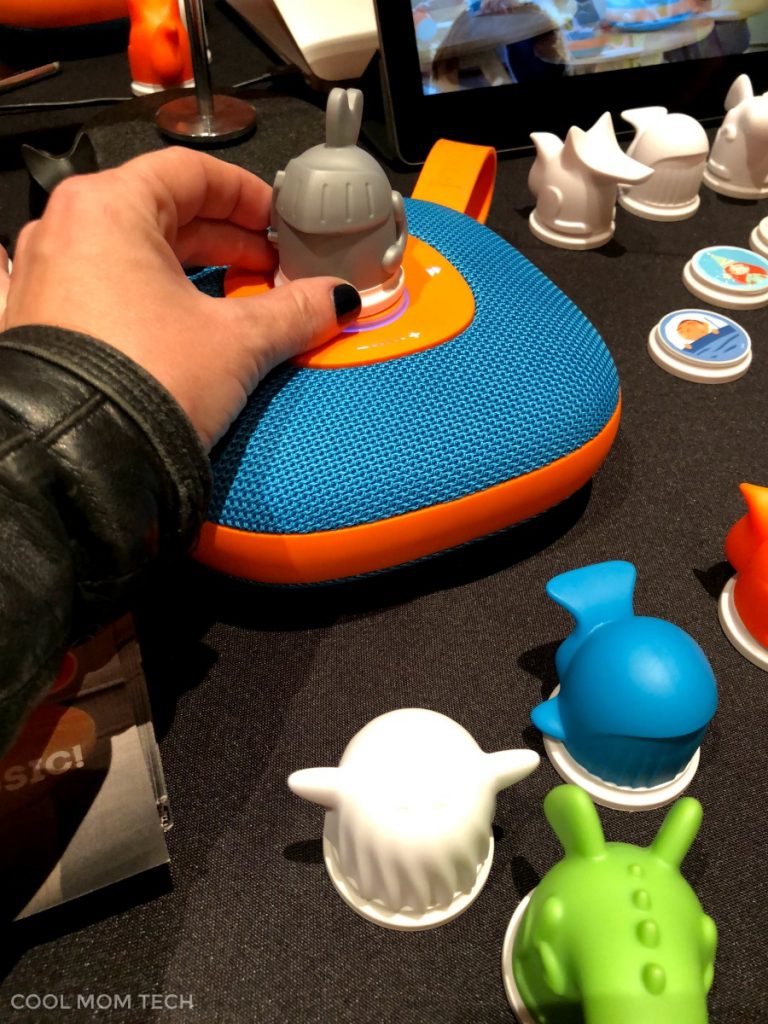 The basics: There’s a portable, sturdy, WiFi-connected speaker on which kids place various little molded characters (think of them like chess pieces).

Each molded character has been programmed to hold a different playlist by you. So for example, the blue whale can play calm down bedtime music, the orange fox can play a list of audio book tracks, while the green dragon can play your favorite, upbeat, CLEAN UP YOUR ROOM NOW playlist or the kids’ favorite dance tracks.

You can also buy additional characters or tokens — including all-white characters that kids can decorate themselves — should you want more than 5 playlists. Or, you can stream music from a channel via WiFi.

While there is a Jooki companion app (iOS and Android) to let you upload the music, set the volume, or limit the hours kids can use the Jooki player, I like the app is parents-only. In other words, this is a totally screen-free way for kids to play and listen to music on their own. 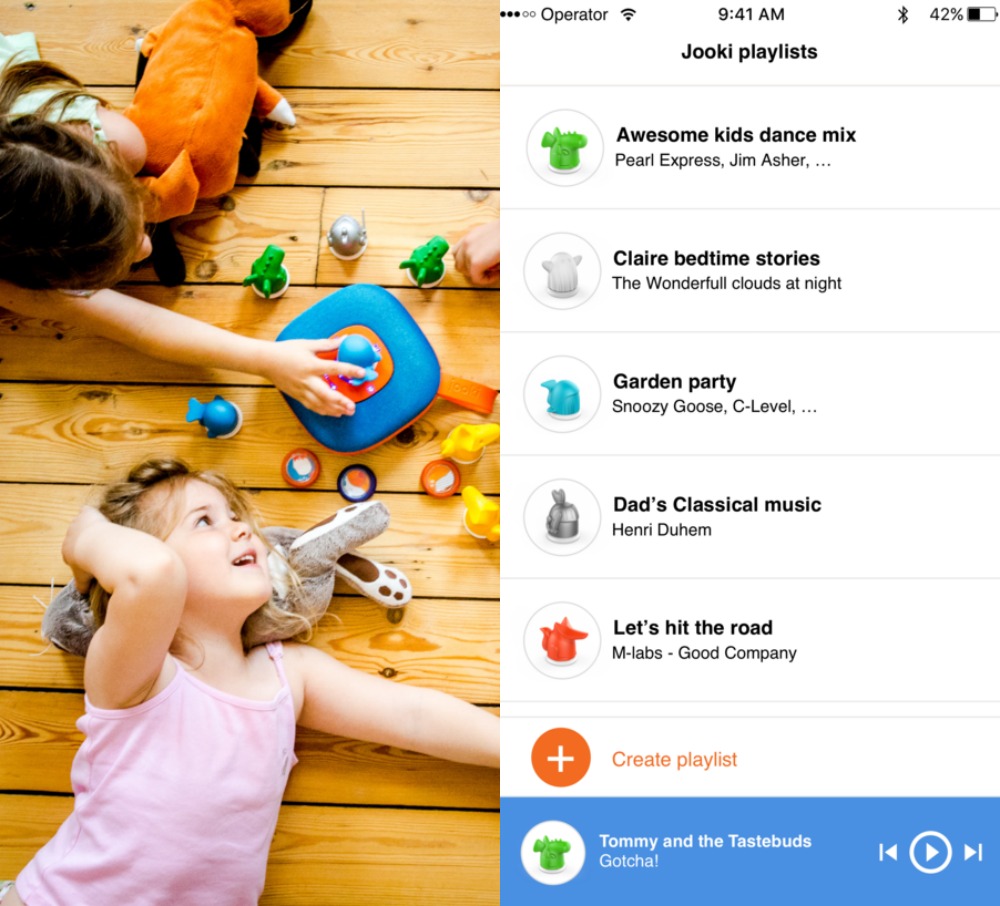 A few notes: it’s way spendy. Like, over $200 spendy. So this is not for everyone. I’m hoping the price can come down a bit so it’s accessible to more families.

Also, the Jooki player is splash-proof but I’m not sure to what degree. So I wouldn’t use it over the bath, but it should be able to withstand the bangs and bonks of kids pretty well, and you can even hang it with the strap up on a towel hook too keep it out of reach of wet hands.

But if you have music-crazy younger kids, I think this is a way better investment than some toy they’ll get bored of after a few months, giving them room for exploration and discovery all on their own. And it’s certainly better than replacing a smashed iPad. Yikes.

Find the Jooki music player through the company’s website.