This package thief versus glitter bomb video is the best thing ever. 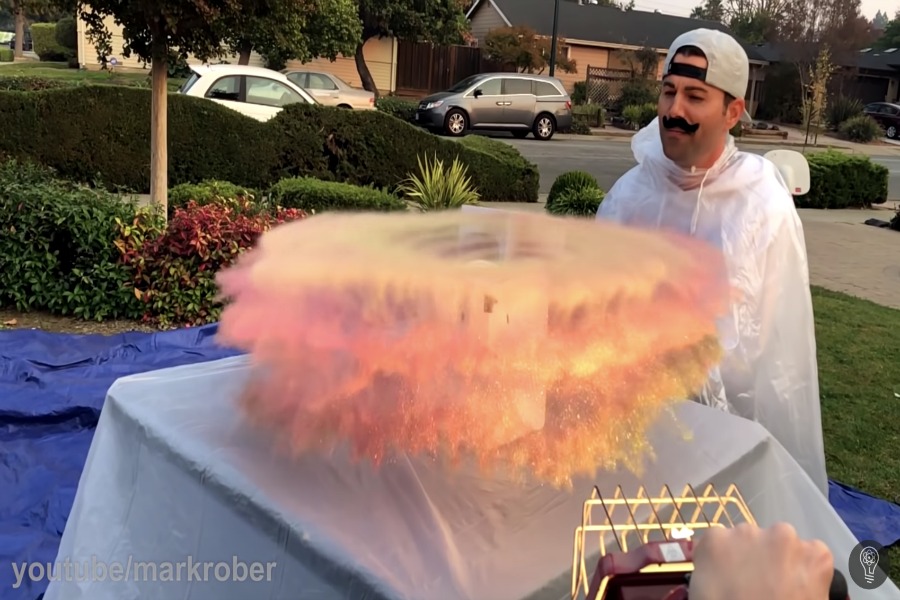 I saw this YouTuber’s glitter bomb video going around Facebook yesterday and somehow avoided clicking on it until today. Well, let’s just say I’m glad I did because it was well worth the 10 minutes I spent watching the whole entire thing.

YouTuber and former NASA engineer had a package stolen off his porch, something that many of us have unfortunately experienced, particularly with the holiday season here and many of us getting multiple per day. But after reporting it to the police who were like “yeah, thanks for the security camera footage but not much we can do, bud,” (not a direct quote, but you know), he decided to do something about it.

And well, what he created is a freakishly intense gadget that records a thief being glitter bombed and fart sprayed, all in the guise of a package. It’s pretty brilliant, not just because the revenge is so satisfying, but the ingenuity and science behind it is applaudable. In fact, I’m showing my kids right now.

For all the eyerolls I give YouTube, and quite frankly, these kinds of prank videos (which, to be clear, this is not a prank video), this one makes me regret the eyerolls. Well, at least one of them, anyway.