The outrageous, high-tech marriage proposal that required Google Earth, GPS, and 4500 miles of travel over 6 months 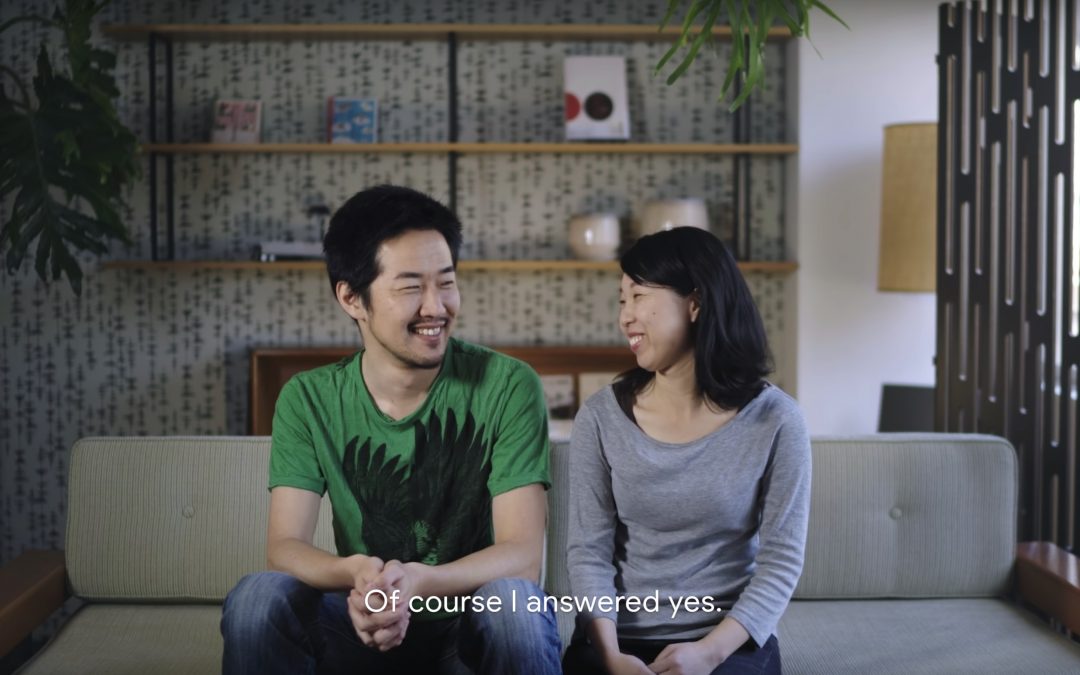 We have shared a ton of clever pregnancy announcement ideas and sex reveal (FKA gender reveal, inaccurately)  ideas over the years, and surely you’ve seen Pinterest boards packed full of creative marriage proposal ideas. But having just watched this video about a Japanese man who used the technology of Google Earth to propose — well, I’m moved, I’m impressed, and I’m kind of overwhelmed by his commitment to his pending commitment!

Inspired by GPS art, in which people travel very specific routes to create images or words when their journey is uploaded to a mapping app, Japanese artist Yassan Takahashi decided to create a GPS marriage proposal.

The video shows his very committed trek, which required six months of time, nearly 4500 miles of travel up and down the island of Japan through all kinds of weather, and a leave from his job.

(It’s unclear whether he went back to his job, but let’s hope he has one now!)

Related: History of the World with Google Earth takes you on a tour through the ages. 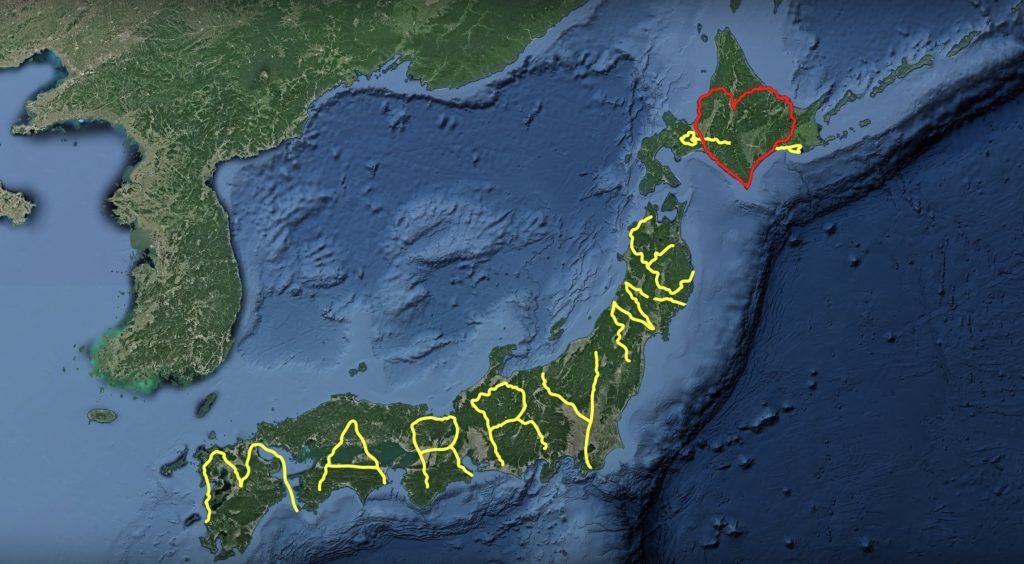 GPS art: It’s kind of like using the planet as your own personal Etch-a-Sketch

When he finally uploaded his trip to Google Earth, he not only had a new fiancé, but he set a Guinness world record.

Don’t worry, it’s no spoiler to say that his longtime girlfriend said yes; what’s so fun about the video is seeing how he got it done, and all the things he experienced along the way.

I just love stories when people are able to see technology in a whole other way from its original intent.