I’m part of the micro-generation Xennials, for whom there was no better reward in middle school computer class for finishing your typing drills and DOS coding worksheets early than getting to play a game of Oregon Trail. It’s one of the classic 80s video games I also played over and over on our Apple 2G computer at home, so when I heard a huge overhaul to the game launched recently, my curiosity was piqued.

Let’s be honest, all of us have had an increase in screen time during the pandemic, so I love that Gameloft recognized this is a great time to re-release Oregon Trail for Apple Arcade…but with some much-needed updating for 2021.

Related: 7 of the best video games to play together as a family 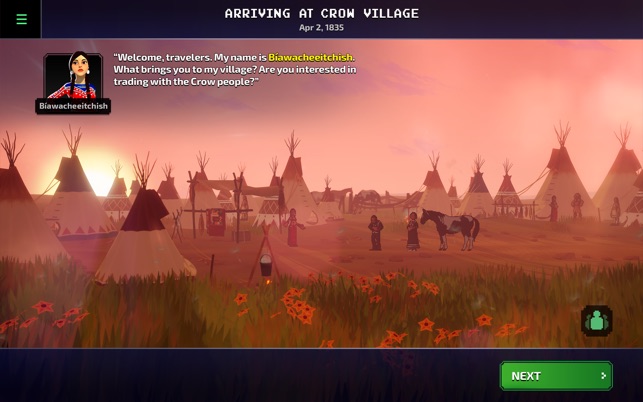 They started by hiring a team of Indigenous historians to inform the representation of native people in the game. This is so great, and it has enhanced the experience of the game. Stereotypes have been challenged: from every single native character having braided hair to the over-proliferation of bows and arrows when rifles were more likely what was owned at the time.

The language used in the game is different too, from the native characters’ authentic names to their no-longer-broken English, considering many tribal people from this time were fluent in many languages.

But don’t worry, you can definitely still die of dysentery. Hopefully, that will never change.

Related: Are my kids spending too much time on video games during quarantine? A video gaming expert weighs in.

That said, the story of the Oregon Trail is one of “continual loss” for native people, as historian David Lewis says. The game is still a game, and it’s meant to be fun for kids—and it is. It’s not meant to be a comprehensive history class about the atrocities of the time period, but it is a good step in the right direction toward honoring the cultures that it represents in the game play.

In fact, I hope it’s one other video game companies take as they look through their back catalog, too.