With this app, there’s never a bad hair day 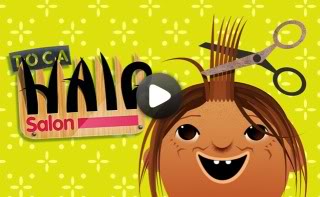 As soon as I could turn my back on my kids with the safety scissors, I knew it was only a matter of time before they decided to give themselves (or each other) a trim.

A far better way to scratch their itch to play hairdresser, comes in a handy go-anywhere app where the customers are always willing, the hair always grows back, and there is no need to schedule an emergency hair dresser appointment.

The Toca Hair Salon app by Toca Boca turns your device into a virtual hair salon to four gullible–I mean, cheerful–clients, two of which are not even human.

From the realistic “snip” sounds of the scissors, to the hilarious faces the clients make when the blowdryer hits their face, this app is too cute for the kids to get to play alone. Even I like to take a turn spraying different colors, combing and even “growing” hair back with some sort of magic elixir.

There is no time limit and no right-and-wrong, so even very young kids will be able to play it alone. Which is more than I can say about leaving them alone with the safety scissors. –Christina

Toca Hair Salon was created by Sweden’s Toca Boca and is available for the iPhone, iPod Touch and the iPad.