Reader Q&A: What’s the difference between Pandora and Spotify? 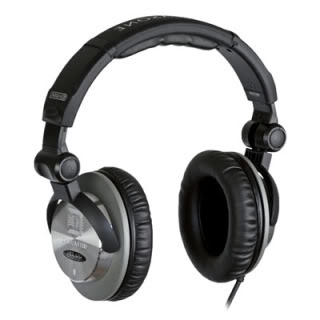 I feel a little embarrassed not knowing this, but can you explain the difference between Pandora and Spotify? – Shelley

You’re not the only one who’s asked us this question, Shelley, so you shouldn’t feel embarrassed! Now that there are new changes to Facebook that include integration with streaming music services, plus an overhaul to Pandora, it’s actually a good opportunity for us to compare both services and what they offer to subscribers.

If you’re looking for a radio-type experience, then you’ll want to subscribe to Pandora, a free service that allows you to input bands, artists, or song titles in order to create a “station” filled with music similar to what you’ve selected. Keep in mind that the actual song you pick may not be played, and sometimes the choices can be a bit confusing; that’s why you might have heard people complain that they entered Coldplay and somehow a Billy Joel song popped up.

Generally though, the algorithm is pretty darn amazing, thanks to the Music Genome Project in which humans categorize millions of music tracks, not computers. When they miss, at least you can give a thumbs down to a song you don’t like and skip over it (and a couple more before you are forced to listen).

The new updated Pandora allows for much better station creation options with input of two songs or bands instead of one, which really has helped to avoid weird songs popping up. You can also now listen to 320 hours a month of music, and the new system lets you grab info on the lyrics and bands. While it’s much better designed and streamlined, with a lot more social features, the ads in the free version are definitely noticeable. So if you think you’ll get a lot of use out of Pandora, we’d definitely recommend upgrading to the pay service.

Unlike Pandora, Spotify allows you to input specific songs and artists and listen to entire albums, more like iTunes on demand. It even syncs with your existing iTunes and MP3 playlists on your own computer. It only recently became available in the United States and only this month became open to the public, available without an invitation.

If you’re someone who likes to make your own playlists, then Spotify is probably more for you. Plus if you connect your account with Facebook, you’ll have access to all your friends’ playlists too, which actually makes life much easier if you don’t have time or energy to create your own.

A few watch-outs: the free version of Spotify does have ads, and if you connect through Facebook and agree to make your lists public, you will be showing your listening history to your friends. That might not be such a big deal, but if you’re trying to keep your Britney Spears obsession on the down low (or if all you listen to is Elmo’s Greatest Hits these days), then you might want to reconsider your privacy settings.

Both Pandora and Spotify have apps so you can listen from your mobile devices, with both having their obvious benefits and disadvantages–although it’s good to note that you don’t need to be internet connected to access your Spotify playlists. Either way, it’s fantastic to have two great options when it comes to free music listening. -Kristen

Visit the Pandora and Spotify websites to get more information about their mobile music services.