4 ideas for Minecraft games to play with the kids – without even turning on the screen. 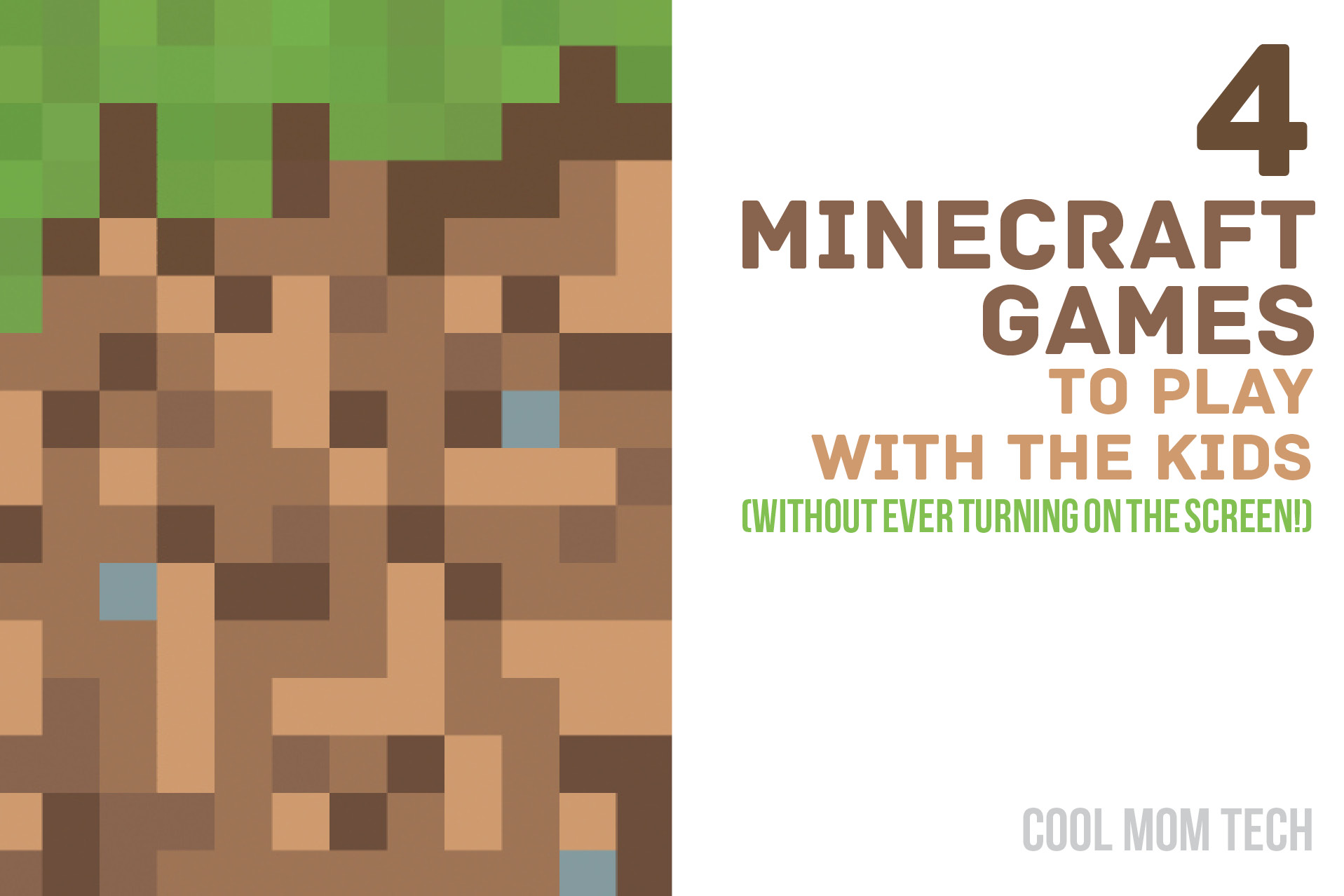 My kids are way deep into a Minecraft obsession. They ask for Minecraft playdates, they’ve built full-size characters out of cardboard boxes, and my 9-year-old daughter talks about marrying the Enderman. She calls him Endy. They’re close like that. The Marble Jar screen time management system that Kristen laid out has been a total lifesaver, and this system-averse mom can totally vouch for it! But while I want to encourage their interest, I can’t listen to 100 conversations a day about the new Minecraft app update.

So I started doing what any normal, non-Minecraft playing parent might do: I turned their obsession into a few car games and word games. Ones that don’t require a device or an app or a power source at all. I hope they help you pass the time in fun ways.

Related: A Minecraft 101 primer for parents

1 | Minecraft ABCs
This is the easiest but my kids ask to play it all the time. I throw out a letter…they have to tell me something in the game that starts with that letter. Here’s a list of Minecraft items to start, but it’s not complete; and here is a list of Minecraft Mobs (or characters) if you need to brush up.

Hint: If you get stuck on Q try Quartz Slab, Quartz Ore, Quartz Block, or if you’re lenient (I am) Double Quartz Slab and so on. For X I let them answer any word with an X in it, so the axes in all their various iterations can count.

2 | Minecraft I-Spy
No, you’re not looking for real Minecraft imagery on the road. (Look! A Zombie!) This is a variation of Minecraft ABCs for the car. If you spy something with M, for example, players need to both identify the item you see, as well as a corresponding item in Minecraft starting with the same letter. So… Mac Truck / Mooshroom. Easy. Until you get to X.

3 | Minecraft One-Word Stories
This is an adaptation of the one word story game, in which each person can only say one word before it’s passed to the next person. One player can say the word “period” to end the sentence which then starts a new one with the next player. My kids think it’s hilarious when I play, because I have no idea what I’m talking about.  What? Why can’t Herobrine fall in love with a Chicken Jockey and eat pumpkins?

4 | Minecraft Parody Songs
My girls love the idea of “parody songs” and always make up their own lyrics to nearly any song they know, to hilarious results. Here, we do it with Minecraft. Throw out a song – say, Let It Go and take turns trying to fill in each line with a lyric that somehow relates to Minecraft. I insist we get the rhyming down right, which only makes it more fun.

And hey, I’m way better at making up stupid lyrics than I am at trying to remember why snowballs work against Enderdragons and not Zombies. Yet – I’m still connecting with my kids over something they love, and I know they really appreciate it.

Also, check out great ideas for throwing a Minecraft party, over on Cool Mom Picks.

Tags: free or close to it, games for kids, Minecraft, tips and tricks, travel tech