Essential tips to help you organize your photos, and the new apps and services that make it easy. (Really!) 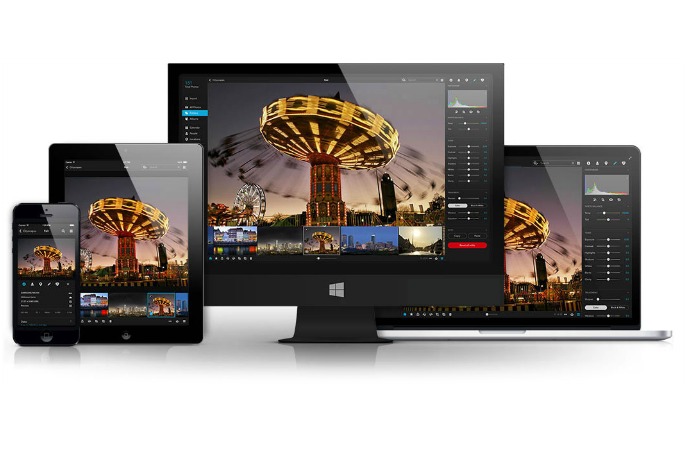 New year, new you. Of course, we’ve all heard (and probably said) this catchy line each time January 1 rolls around. But instead of promising to completely overhaul our lives with major changes, we’re starting small and smart with this resolution: Organize our digital photos — all of them.

It’s a totally doable goal, especially with a little tech assistance. So, here are our top three tips to help you  organize those photos, and some apps and services that make it even easier. We like easy!

The first rule of photo organization: Dump all the bad shots. This step is so simple that I’ve recommitted to doing it religiously in 2015.  The eyes-closed, slightly blurry, askew, duplicate (quadruplicate?) photos that we snap along the way to getting the shot — just  delete them straight away. As in, right there as you scroll through the results post-snap.

If the image doesn’t move you or just looks wonky, leave it on the cutting room floor. If you have 52 photos taken in burst mode, pick your one or two favorites then delete the rest right away. Get in the habit!

And if you don’t have the chance to jettison the extra pics right after you take them, we’ve found some smart apps to help you clear out lousy photos in large batches. We featured the Flic app last year (above, $2.99), which lets you manage your iOS camera roll just by flicking your finger.

There’s also the Cleen app to help de-clutter your pics. Same idea as Flic, except it’s a swipe instead of a flick. (Huge difference, right?) The photos appear a little smaller than they do on Flic, but you also have the option to decide later whether to keep or trash a pic. Even better, Cleen is free on iTunes.

You know that awful feeling of going on a hunt for that one wonderful photo of your kids doing that onewonderful thing, only to discover that it somehow vanished? And it’s likely gone for good? Ugh. Best way to avoid that heart-sink is to store your pics somewhere protected. And ideally, organized, so you can find what you want easily.

The pro photogs will tell you to keep your photos backed up three ways: On your computer’s hard drive, on a back-up external hard drive,  and in a cloud service. Be sure you’re using your computer or phone’s auto-sync features to your Dropbox, iCloud Drive, or Google Drive accounts, and it’s all automated for you!

Here are a few more new services that can help, too.

One cool photo storage and management service we’ve raved about is ThisLife by Shutterfly. Not only does it offer a place for you to store photos and videos, but ThisLife also automatically updates your library across all platforms, and recognizes and deletes duplicates. It’s almost as if ThisLife knows our lives.

There’s a three-tiered pricing plan, starting with a free version where you can store up to 2,500 photos. For video storage, you’ll need to upgrade to one of the paid plans, but they’re really affordable. We think the peace of mind is worth it.

Another solid photo management option is Mylio, a subscription service that lets you collect all of your photos — imported from smartphones, Facebook, Flickr, dSLR cameras, CDs, DVDs, hard drives — in one clean streamlined space where your can organize, edit and sync them across all your devices. Best part is, Mylio also automatically backs up your entire collection.

However, as much as Mylio can help organize your photos and protect them, I suspect it might even leave you with more photos in your ever-growing library. I also wish it included password protection, and didn’t require access to so much personal info when importing from Facebook. We’ve seen similar feedback from other tech sites, so hopefully Mylio will make some changes in the next version.

Mylio offers three pricing levels starting at Basic, which gives you a max of 50,000 photos across three devices for $50. Or try Mylio for free, with up to 1,000 photos.

Our vote for best new mobile app at CES this year is the Lyve app, which gathers all of your photos and videos scattered amongst your various devices and consolidates them into one central library, organized by date and accessible from any device. The free app also auto syncs across all your devices and works with iOS, Android, Kindle Fire, Mac, and PC. Lyve can also detect which device you’re using to view your library and optimizes the photo or video for that screen size. And since it was developed by a former Apple developer, the interface is absolutely gorgeous. Neat, right? 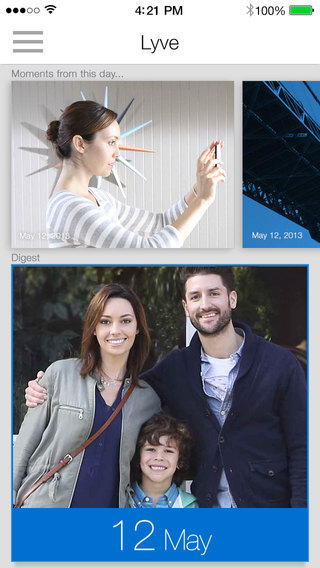 One big caveat, though: The free Lyve app only displays this consolidated library of mobile-optimized photos. If you want to store and protect your original photos and videos under the same Lyve umbrella, look to one of their storage devices, which include Lyve Home (2TB; $299) or Lyve Studio (500GB; $199). These external devices safely store and automatically back up all your photos and videos, including the new ones as they are captured. That’s the advantage of using Lyve hardware instead of a separate external hard drive.

The best news is: You have options, and getting those photo piles organized and under control is definitely within reach.

For more photo tips and tricks, check out the Cool Mom Tech archives.