The cat in the app 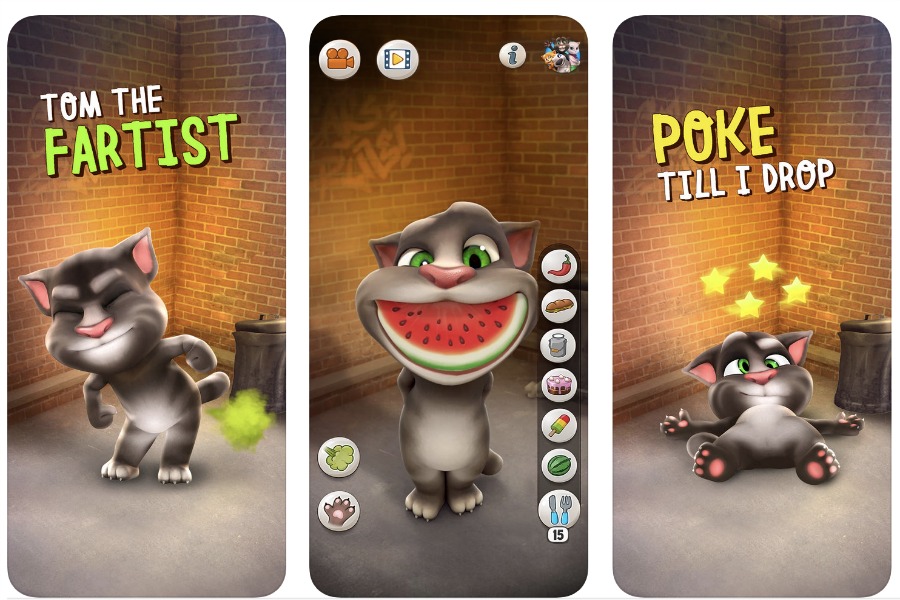 For the past few months, my kids have been obsessed with the Talking Tom Cat app that has them yelling, singing and — yes — screaming at a cat who then repeats everything back to them in his own weird voice. Harmless fun but no redeeming educational value. Or so I thought.

Then, at my son’s last speech therapy session, the cat appeared on the therapist’s iPad. And I was surprised to hear him teaching my son how to speak properly.

Related: Our favorite fun apps for kids, all in one handy place

In my son’s case, his teacher used the Talking Tom Cat app as a fun change-of-pace speech therapy exercise for practicing those elusive gutteral sounds like “K” and “G”. And while he has dutifully repeated “cake” and “flag” for her before, his face lit up when he could hear his voice repeated in Tom’s high-pitched cartoony voice. My little guy could hear immediately when Tom wasn’t getting the sound right, and, so he’d try again and again until, by george, he got it.

I immediately started to think of other ways Tom could be put to work. How about in practicing foreign language? Mais Oui! Even my oldest can recite those “boring” multiplication tables and hear Tom repeating them back to her, one by one.

Unfortunately, Tom’s attention span is a bit limited, so no reciting longer bits of memorized poetry or song lyrics in one fell swoop. And Tom picks up ambient noise too, so it can be frustrating if others are talking in the room.

Also, expect that anyone left alone with Tom will be making fart noises within ten minutes. After all, this isn’t a hard-core educational platform. But, it’s all in fun and can break up the mood when homework starts to go south. And if the kids get frustrated while talking into Tom? Well, then they can just give him a wack or pull his tail and get on with it. He won’t mind one bit.