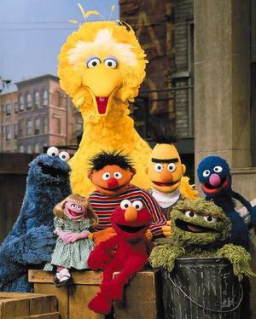 Remember when Grover was groovy and Oscar was orange? I don’t. I didn’t start watching until 1979 or so, but I was definitely on the Street before that Elmo fellow showed up.

Now you can share those classic episodes of Sesame Street with your kids– or check them out for the first time yourself, now that they’re available for download. Yes, download!

Sesame Street Classics, Volume 1 is now available on iTunes for a grand total of $17.99 so you can stick it on your iPad or laptop and take it on the road with you. It includes loads of content, like 1969’s first episode; four episodes each from the 1st, 10th, and 20th seasons; and a bonus video with pop-up facts.

Also available on iTunes is an app based on those wacky Yip Yips, a collection of Sesame Street’s greatest spoofs including hilarious plays on The Closer and Mad Men, and several classic musical albums. A snuffleupagus, however, is not included. You’ve got to earn that. –Delilah