CES 2012: 5 tech trends that parents should know about 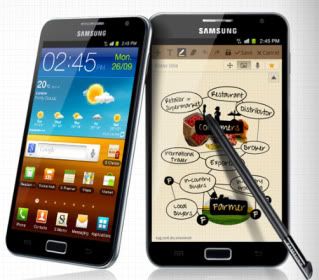 This year at the 2012 Consumer Electronics Show, it was no small task narrowing down more than 20,000 new products to just the stuff I think parents will love. (As in, not a pair of $2000 designer 3-D glasses).

Here, five tech trends that I see for 2012 that should be of particular interest to parents.

AT CES 2011 Tablets were all the craze. They’re getting faster, the features improving, I love that the size is getting more portable for those of us toting the world with us at all times. Most interesting to me was the Samsung Galaxy Note (above). For busy moms on the go, it’s both a smaller multi-input tablet with a stylus, as well as a smartphone with a 5.3 inch HD screen.

I also really liked the Sony Tablet P with a really distinctive pair of 5.5 inch screens–pretty funky. It lets you browse the web, read interactive books, play Playstation approved games and then when you’re done, it folds in half so you can drop it in your bag. Kind of like a DS for parents.

2. Apps head to the kitchen…and beyond.

Apps are no longer just for phones. LG’s Smart ThinkQ technology will let you do your grocery shopping right from a LCD screen on the door (!!), check the status of food in the oven from your phone, and even scan bar codes on that bottle of cornichons to see if they’re still good two years after you opened them.

3. Prepare to welcome tablets into your family game night

We’re already fans of what Discovery Bay Toys has done by turning iPads into game boards, and Disney has done the same with their new Appmates games (provided you don’t let the actual cars scratch up your screen in their Cars 2 game). Now there are companies like Game Changer (above) which lets you slide your iPad into an actual game board, with titles from Kaboom! Pirates  to Scholastic’s The Magic School Bus.

Keep an eye out for  Kinect Sesame Street TV, a new version of the show that will allow kids to interact using the Kinect. Qualcomm and Sesame Workshop have joined forces to create prototypes for educational playset that can bring real objects to life on a screen. Not that we want our kids to stop playing with their toys with their own hands, but the possibilities with this technology are very cool.

If you want to check out other smartphone or tablet-based augmented reality games, check out the video for WowWee AppGear Foam Fighters which tweens and teens will beg for,

5. Tell your TV what you want to see. It will listen.

Siri was just the beginning–voice activation is going to change entertainment as we know it. Vlingo has just announced a voice-activated “virtual assistant”–just say the word, and you can browse, record, rent, and manage shows. You can even connect with social media, should you want to announce to the world “Beth is watching The Bachelor.”

Nuance Dragon TV (above) will offer a similar voice platform, so that you can say “search for shows with Alec Baldwin” and choose between 30 Rock and Glengarry Glen Ross, depending on your mood. It will be nice to finally ditch all those remote controls.

Ultrabooks can be a plugged-in parent ‘s best mobile friend, weighing under 3 pounds but with more functionality than a tablet or those early netbooks. It boots up in less than 7 seconds–more like a tablet than a laptop–and offers 8 hours of battery life. I saw 15 models from companies such as LG, Samsung, Toshiba, Acer, Asus, HP, Dell and Lenovo, but 75 Ultrabooks are in the pipeline for 2012.

Of them all, it was Lenovo’s IdeaPad Yoga that stone my heart with its touchscreen, the ability to rotate 360 degrees to convert from tablet to laptop, and a Mango-esque interface.

Anything that makes my bag lighter is fantastic by me. – Beth