Angry Birds Space Review: Is it worth your 99 cents? 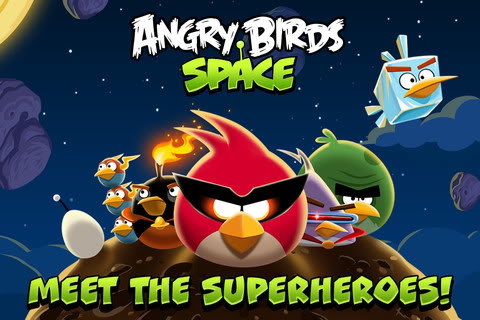 So will you like Angry Birds Space? I guess that’s a “duh” sort of a question–consider the fact that Angry Birds developer Rovio is so gaming-savvy, they’re now valued at more than Jet Blue. Clearly they know a liiiiittle something about games people will love. I mean, Angry Birds Space just launched Thursday, and in just the first 3 days there were 10 million+ downloads and cheats to be found online!

After spending a few days with it (and by a few days I mean I haven’t
slept), I can safely say you’ll love this. It’s so nice that it’s not
just Angry Birds in an outerspace setting with an eerie space
soundtrack–it’s actually got completely different physics making it a whole new game in a way. Here,the
birds are shot inside a bubble where they continue to orbit in a
circular fashion until they either explode or take down those $*%&! pigs.

60 levels are sure to keep you busy for a good long while, before the upgrades and new levels are added.

The caveats: I’m finding a few functions just a wee bit buggy, though
nothing major. While some of you might be inclined to buy the Space
Eagles power-up after getting your first three free, I find it pretty annoying to have to see in-app
purchase ads on an app I’ve already paid for. Also, it’s not yet available for
Windows phones, although evidently that’s in the works. For now, you iOS
and Android are in luck, or you can play on your desktop Mac or PC.

Or maybe you’re out of luck. Depending just how addicted you become. And hey–if you start a self-help group, make sure to invite me. –Liz