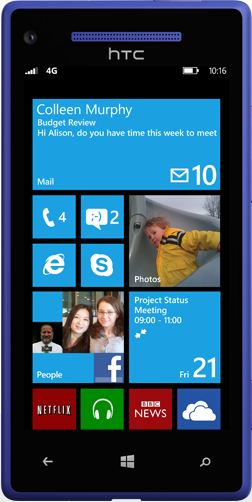 There’s been a lot of chatter about the brand new Windows Phone 8, Microsoft’s latest offering. It features a very sleek design and layout, including the new Windows 8 operating system, but still has to compete against a huge contingent of existing iOS and Android users, along with app marketplaces that are far bigger.

Only time will tell if this phone has enough to carve into the very competitive mobile phone market, but here are some of the features that pique my interest:

Kid’s Corner
Kid’s Corner is a self-contained place on your phone that’s easily accessible for your kids and lets you consolidate all their apps, games, music and videos in one place. Kids can access through their own Start Screen and won’t be able to get outside without a password. Yes, that means no more errant calls to Ireland or photos being accidentally deleted! CMT friend Jessica Alba was at the launch party to help announce this cool feature for parents and we’re hoping other mobile phones will start offering something similar soon.

Live Apps
Rather than the static look of the iPhone’s icons, I do really like the “Live Apps” feature of this phone that updates apps, news headlines, local temperature, Facebook status updates, even Groupon deals for the day in real-time!

It makes the phone look super cool to have things constantly moving on the home screen. Not to mention, it’s helpful when you’re quickly glancing at your phone with one hand and feeding your kid with the other. Now you can check the weather without even having to enter an app.

SkyDrive
SkyDrive, like iOS’s iCloud, is the phone’s syncing and back-up platform that makes sure that everything on your phone is also on your desktop. All the important stuff on your phone including those cute kid photos, videos and documents are automatically transferred across the devices. Plus, they give you a nice chunk of storage for free–7 GB, which is 2 GB more than Amazon CloudDrive or iCloud.

Data Sense
Who has the time to keep track of usage and minutes? Windows Phone 8’s Data Sense feature acts as your digital money manager and compresses Web images, searches for WiFi when possible and adjusts usage the closer you get to hitting your max. It also sends you notifications when you’re close to going over to remind you to pare back on the countless texts about your kid’s adorable hair cut. -Jeana

Windows Phones will go on sale this weekend and can be purchased through Verizon, ATT and T-Mobile. Check out Windows Phone for more information on the different models and visit the Windows Phone app store for an increasing number of options.