The coolest trends at CES 2013: Portable power gets seriously innovative 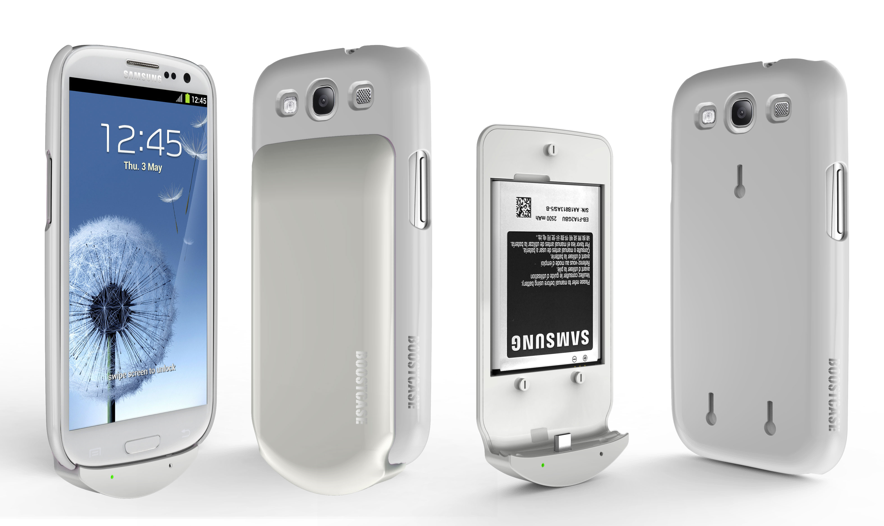 The more our gadgets and smartphones become our lifelines, the more it becomes essential to make sure we don’t run out of juice on the road. One of the more practical trends that we caught at CES 2013 was the vast array of portable power sources, from innovative charging cases to battery packs.

I saw so many from so many companies that, my head was spinning–and I imagine even more are coming. So here I’ve pared them down to just the ones that struck me as being more special than the rest. The fact that they’re all nice looking is just a sweet bonus.  –Liz

Like most charging cases, the BoostCase hybrid battery case offers a full extra charge for your iPhone or Android (at top). Where it’s different in that the battery sleeve detaches while still keeping your phone protected. That way you can use the charge from the case to start the day, then as you move onto your phone’s normal charge, slip off the battery pack for a lighter phone.

Lots of pretty colors plus a basic black or white, with options for both the iPhone 4 and 4S and the Samsung S3. ($79.95)

This portable little gadget is more than what it seems. It’s not only a portable Bluetooth audio system with an impressive 12 hours of playback on a single charge–it’s also meant to recharge your gadgets through its own battery via USB port. Perfect for camping, picnics, or any other time you want to minimize your tech load. It even comes with a handy neoprene carrying case and comes in white, blue or green. Look for it around April, according to their reps. ($149.95)

I’m really excited for the upcoming BoostSolar rechargeable battery which juices up using solar power. In fact it holds enough charge to power your cell phone two more times, so they’re calling it a backup for your backup. It’s built with an extremely durable rubber casing and even loops to attach to a backpack so you can power it while you hike or roam around sightseeing. However it’s reassuring that you can also recharge it the conventional way, should it be, say, nighttime. ($99)

There’s also the BoostBloc 6600 for when you really need more talking, texting, video-watching, and green pig-conquering time–this bad boy gives you 3 full charges on a standard smartphone. What’s cooler, you can charge two devices at once, like two smartphones; or your phone and the tablet of your new best friend sitting on the plane next to you, whose device ran out of juice with 10 minutes left in the season finale of Breaking Bad. ($99.99)

One more notable entry from Eton–they recently released the BoostTurbine, a portable power source that charges with a Micro-USB, or an old-fashioned hand crank. I know quite a few of us during Hurricane Sandy who really could have used this, and I’d imagine in the name of emergency preparedness, it will be super popular. One minute of cranking gives you enough power for a 30-second call or a few texts–which may be all you need in a 911-situation. And it’s just about the size of an iPhone, so it’s compact enough to stash with the flashlights and extra
batteries. ($59.99)

Please ignore the weird photo of a guy screaming into his speakerphone on the website home page, which would normally make me click off the site immediately. The company is actually doing some really innovative things with chargers (and they were way nicer than that angry guy looks). The myCharge Peak 6000 is a seriously heavy duty power pack, which can charge 3 devices at once and give you 27 extra hours of talk time or 134 hours of music. It’s compatible with pretty much any phone or tablet from Blackberry to LG, Motorola, Noia, Samsung and iOS devices including the iPhone 5. ($88.99 at Amazon)

What I’m really excited about is the funky, colorful chargers that can hold a whole lot of juice and power both iOS devices and Android devices using two built-in ports on either side. So smart for Android-Mac families, who don’t want to invest in multiple battery packs.

Also, myCharge is coming out with some cool charging cases on carabiners designed especially for tweens and teens who might be relying on iPod Touches or iPhones on the go. While we, their parents, are relying on them not to be out of power when we’re texting them to come home for dinner. (Prices TBD)

You won’t want to miss our other cool finds from CES 2013: