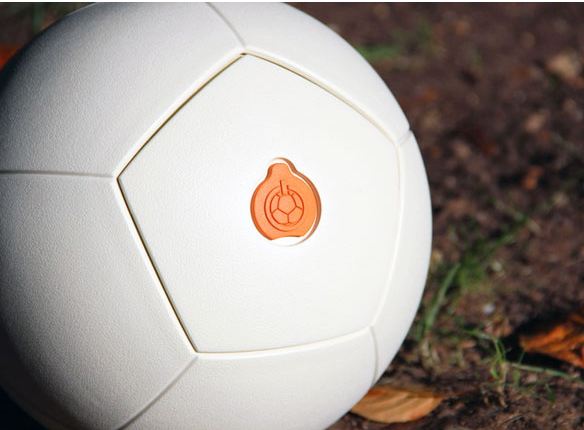 I’m always telling my kids that I wish I could harness their energy and put it to use around the house. While that kind of tech innovation may be years away, I just came across the unlikeliest of objects that is taking that very idea and using it to power everyday items.

The amazing soccer ball/power generator called the Soccket is pure genius because it builds up energy as it is being kicked around using a pendulum inside that’s connected to a rechargeable battery. It can then can be used to power a light bulb. You know, should you suddenly need a light bulb on the soccer field.

But hey, you can even use it to charge your phone; way easier to see how this could come to good use.

The ball is airless, water-resistant, and only weighs one more ounce than a regular soccer ball. And no, it can’t deflate if you’re wondering, so it can withstand serious soccer kicks.

This Kickstarter campaign (that has already exceeded its $75,000 goal – yay!) is funding a concept that is truly genius, and judging by the examples of people who have already benefitted from, it’s something that could bring innovation and joy to so many people around the world. That’s energy definitely worth investing in. –Jeana

There’s less than a week left in the Soccket Kickstarter campaign and you can pre-order a Soccket for $99. They will start shipping in August 2013.