Kindle FreeTime gets even smarter for parents with new features. 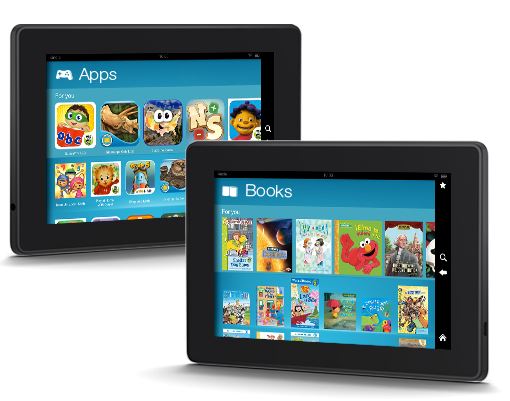 If you’ve been eyeing a tablet as a gift for a very special someone, especially someone who has kids, new changes to Kindle FreeTime may just seal the deal for making that Kindle Fire purchase.

When the service first launched, we thought it was a genius way to keep an eye on kids’ tablet usage without having to hover over them with a stopwatch and an eagle eye. If your kids are anything like mine, they would be on there for hours on end without even blinking, so having a built-in system for automatically monitoring tablet usage quickly helped the Kindle Fire rise through the ranks as a go-to tablet option for families. Now, the new features of Kindle FreeTime  are there to help parents customize their kids’ tablet usage and ensure they’re not only using it for entertainment, but education as well.

In addition to setting limits on content and being able to select how your child spends time on the tablet, FreeTime now allows you to drill down even further to set educational goals for kids and not allow access to games or media content until the child has read for a certain amount of time, as an example. And I’d hardly call reading 30 minutes of Diary of a Wimpy Kid before playing Subway Surfers a restriction.

For sneaky kids who might try and watch their favorite programs under the covers, Kindle FreeTime controls enable you to set “bedtimes” when the device isn’t accessible, even customize it for specific days, perhaps pushing the bedtime turn-off a little later on the weekends.

With the sheer amount of content available for kids on the Kindle Fire, FreeTime is a fantastic way to ensure they’re getting access to it, just not all of it at once. In fact, with access to millions of hours of video, app and e-book content, I may have to set some FreeTime limits on myself, too.