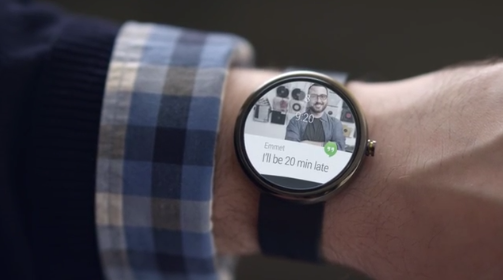 With the huge popularity of wearable tech and smartwatches, it’s no surprise that Google is leading the fray with Android Wear which they just announced today. And from I can tell, it’s worth getting excited about.

Along with allowing the Android Wear user to access information right when he or she needs it using Google Now technology (you know, like checking sports scores during the kids’ bathtime as they show in the demo video – ha), Google has teamed up with consumer electronics manufacturers like LG, HTC, and Samsung, just to name a few, to get the ball rolling. You’ll be able to do all sorts of daily tasks that you’d generally rely on your phone for, like asking questions, getting directions, even getting your health and fitness info (cool!) and powering other gadgets all with your voice. 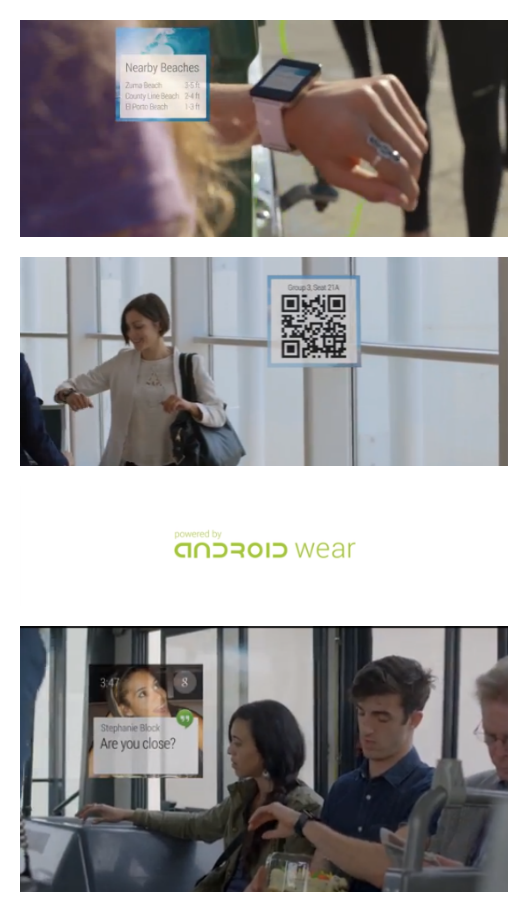 And I’m really glad to hear that they’re also teaming up with fashion brands, like Fossil to start (hopefully more soon) so that the smartwatches actually look like something I’d wear and not some big early adopter tech experiment.

Truth be told that most of the smartwatches on the market today are a little big and cumbersome; certainly not made for the female wrist or those of us more interested in useful, actually wearable wearable tech as opposed to hey everyone, look what I got!

We’ll be keeping our eye out for the first series of Android Wear smartwatches as they roll out later this year. But we definitely think this is definitely a cool way to help parents like us go even more hands free, or better, even give us an extra hand when we need it most.

You can learn more (and watch the video) about the new Android Wear smartwatch from Google on their blog. Glad to see they’ve got lots of women wearing it too.