Jawbone UP24 for Android is here. Get ready to get sweaty. 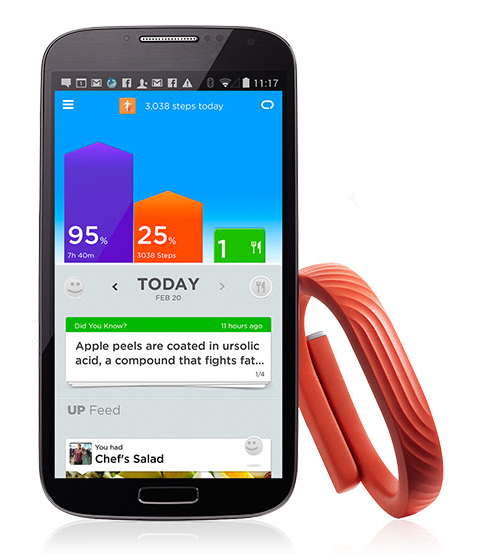 Since Android users have to wait for so much of the cool apps we cover, we’re always thrilled to announce when one we love finally hits Google Play. This time, it’s the Jawbone UP24 for Android.

Now Android users can get the same real-time fitness feedback that we cheered about in our fitness band smackdown earlier this year. We weren’t surprised that the Android app took a bit longer, since the Jawbone UP24 band syncs with the app via Bluetooth, other gadgets have been busy working out the kinks between Bluetooth standards and Android apps. Considering how many problems there were with the original Jawbone UP, we think Jawbone was smart to wait on an Android release until they were satisfied with the app performance.

No excuses now, Android fans. Time to get tracking.