How to export data from Springpad before it shuts down 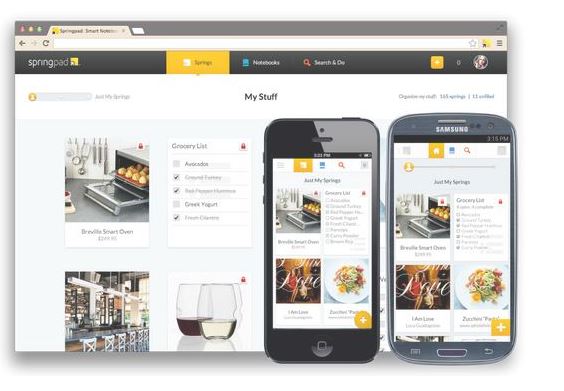 It’s not uncommon to see tech resources, apps and services come and go, but when it’s something we use ourselves, it’s definitely a bummer to say goodbye. Unfortunately, the latest tech casualty is Springpad, an awesome online and mobile tool that helped lots of us organize, save and categorize data. Our editors were big fans for building Springpad Notebooks of cool stuff gathered from around the web.

Springpad is officially shutting down on June 25, according to their recent announcement, so users have a little less than a month to gather and export all your saved data, and at least Springpad is making it pretty easy.

1. Export data directly from Springpad into Evernote.
Although it might take a little getting used to the new format, the concept is similar and it’s nice that you won’t lose all the great stuff you have already discovered and added to notebooks. Simply log into the Springpad export page and then it will give you the option to migrate everything to an existing Evernote account, or create a new one. Authorize it, and the migration happens automatically. In 24 hours, done.

2. Export Springpad data as an HTML FILE
The Springpad export page gives you an option to create a folder on your computer with all your data. This is a good thing to do whenever you close down an account, switch platforms (like moving from Mac Mail to Outlook for example), or simply want to back up your stuff in a second place for safe keeping.

Just remember to get it done by June 25 because after that point, Springpad will be gone. Sniff.

For more information about the Springpad shutdown visit their online FAQ.