A Vader’s Day gift to die for: A chance to be in the next Star Wars movie via Force For Change. 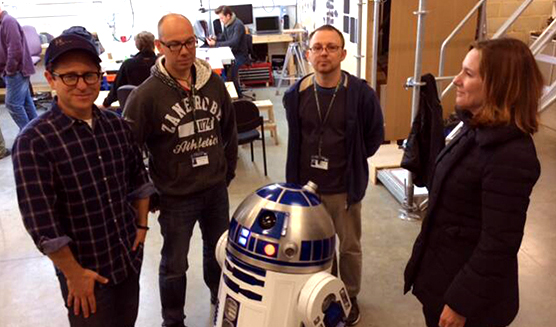 When you combine Star Wars, philanthropy, and the chance to actually be in the next Star Wars movie, you just might have the best Vader’s Day gift ever. Because you might know that Vader is German for father, right? Either way, hopefully, your dad will get all choked up. (Ha.)

Disney and Lucasfilm are working with UNICEF in a massive effort to support Star Wars: Force for Change by raising $1 million for  kids around the world who need it most. That  means that this contest is kind of like funding a Kickstarter that’s also a raffle.

For each contribution you make, your name (or your favorite dad’s name) goes into the raffle for one unbelievably huge prize: the chance to fly to London, meet the cast of Star Wars: Episode VII, and suit up in full costume and makeup to make your Hollywood debut.

The support levels are, to be honest, not as generous as they usually are on Kickstarter, mostly because the main push here is to help UNICEF and maybe win the big prize. For $10, the minimal donation level, you get one entry in the raffle and your name listed as a Founding Member of Force for Change. For real impact in the world and Dad’s Father’s Day gift, go for the Limited Edition Millennium Falcon poster for $70 or the R2D2 Force for Change shirt at $100 which also get you plenty of entries.

Unless you’re a big roller and want to pony up for a JJ Abrams autographed copy of the actual Episode VII script for a cool $10K, but hey! You get 1000 entries into the contest at that level.

My recommendation would be to enter for $10 or go for one of the cool t-shirts for Dad which are great whether or not you win the walk-on. Maybe you’ll even get the Golden Ticket and see your Dad skulking around behind Harrison Ford in a robot suit one day. Never tell me the odds.

Enter the Star Wars: Force for Change Raffle on Omaze. And follow #forceforchange and @UnicefUSA on Twitter for updates. This week only, entries also get you the chance to attend the Star Wars Celebration in Anaheim! Enter by Friday.