LEGO introduces female scientist Minifigs, or as we like to think of them, scientists. 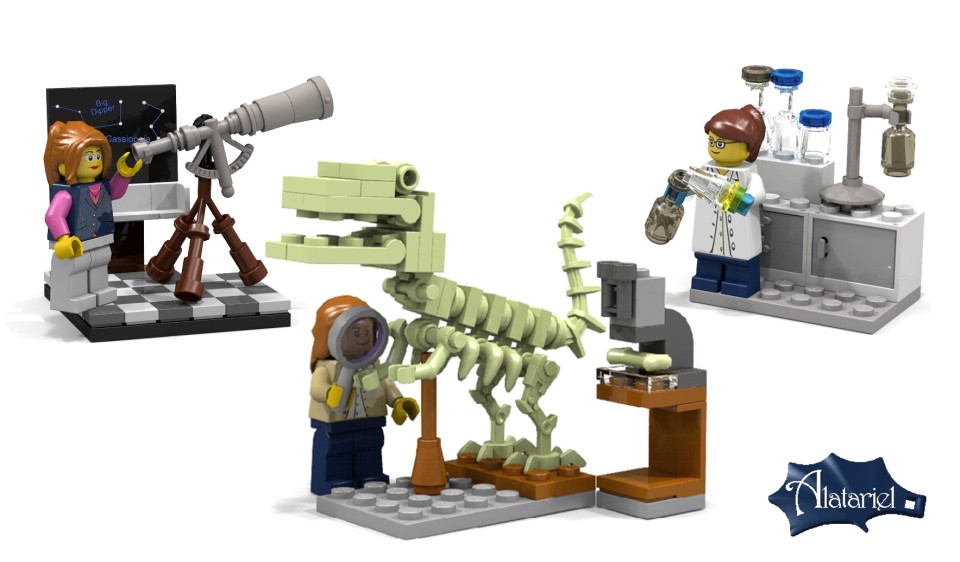 In the wake of the hugely popular female LEGO scientist minifig, LEGO goes one giant step for humankind further in introducing a LEGO Research Institute set featuring female scientists. And we stand up and applaud for more smart STEM toys aiming to bring in more girls.

Coming later this summer–so, soon!–you’ll find an Astronomer, Chemist and Paleontologist which I know my own girls will be clamoring for. When my five-year-old managed to score the chemist as a mystery minifig, you can’t imagine how thrilled she was, so the idea of having a whole set to play with will put her over the moon.

I also love the other female characters suggested by Dr. Kooijman including a Falconer, Geologist, and Robotics Engineer; a Zookeeper, (really awesome) Judge, and Postal Carrier; and a Mechanic, Firefighter, and Construction Worker. All of whom would probably get along really well with that female LEGO police officer we saw at Toy Fair this year.

One of my favorite parts is how much this will completely freak out those retailers who still insist in dividing toys into “boys” and “girls” aisle. Oh no! It’s a female paleontologist! Boys like dinosaurs but…it’s a woman! And she’s not even wearing pink. What do we do? We like those kinds of problems. A lot.   Keep an eye out for the new LEGO female minifigure sets with an estimated retail date of August, 2014.  And if you have some LEGO sets you’d like to see, create and share your LEGO Ideas through their website.

UPDATE 8/3/14: The new LEGO female minifigure sets are sold out, as predicted. Ebay may be your best bet if you still want one.