Cool light bulbs get even cooler with the Nanoleaf Bloom 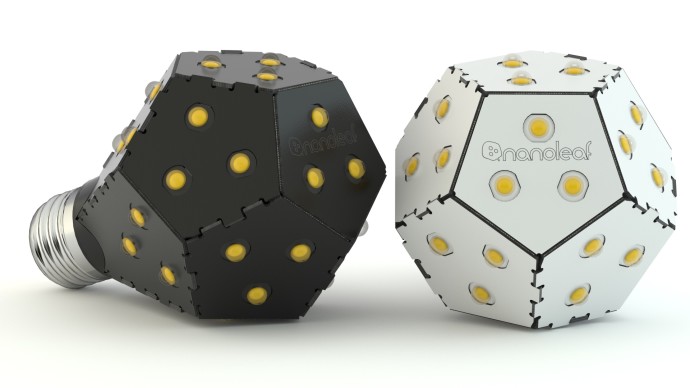 Last year we discovered the Nanoleaf LED light bulb which, besides looking super cool, actually is. It’s a safer alternative to CF bulbs, projecting light 360-degrees like a traditional incandescent while saving money and energy. The one drawback, as I noted, was that they didn’t work with dimmer switches. And now, behold! For they’ve added a smart new feature to it with the new Nanoleaf Bloom in that it dims without even requiring an actual dimmer switch.

As a total dimmer fan (mood lighting dontcha know), it’s so smart. Just use your regular old on/off switch. Flip it on and it starts to ramp up the bulb’s brightness, then flick it off and on again to lock it in as you’d like. (Sneaky custom embedded microprocessor.) On top of that, like the original Nanoleaf, the Bloom only operates with 10 watts of electricity which is pretty amazing, and doesn’t contain any mercury or lead. It also is reported to give off half as much heat in comparisonwith LED bulbs, which is one more thing I like as a parent.

I have yet to try it myself; right now it’s  Kickstarter campaign. But judging from the fact that it’s already more than doubled its $30,000 goal with close to 2 months left, the Nanoleaf Bloom is on its way to being a huge success.

Support the campaign and be among the first to get one when it ships at the end of the year. $40 is all it takes to save yourself a lot on energy bills, and, just as important, impressive every person who walks into your home for life. Or at least for 27 years, which is how long one bulb should last if you use it three hours a day. I could probably play with the dimming function that long. Though no, that would be wasteful.

Preorder the Nanoleaf Bloom LED lightbulb with dimmer by supporting their Kickstarter campaign by 9/12 starting at $40. It comes in 7 colors which is pretty nifty. Shipping expected December, 2014.