The difference between the iPhone 6 camera and every other iPhone camera. Wow. 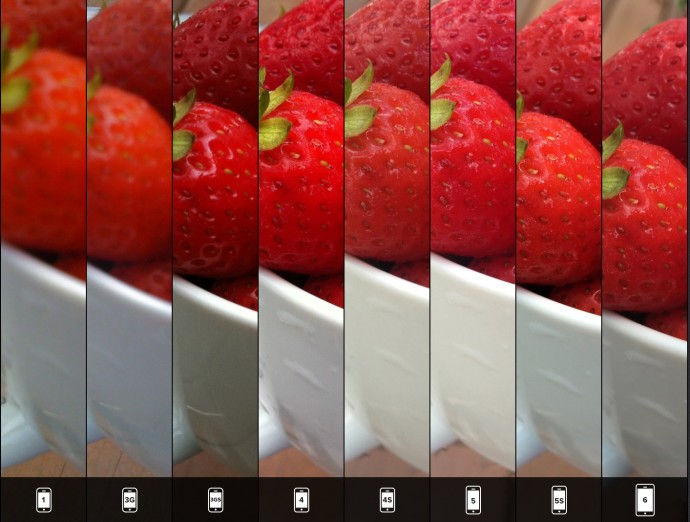 We’ve talked a lot about how impressed we’ve been using the iPhone 5S camera for the past year, and now, we’re starting to twitter about the iPhone 6 camera which amps up the 8MP iSight camera with even more smart impressive you’ll like.  But now there’s proof of its advancements, expressed in a very cool way.

Check out this post at Snap Snap Snap from Camera+ co-founder Lisa Bettany, in which she details the differences between each iPhone generation’s camera by laying them out side by side.

Click over to see some very compelling comparisons of how each camera has performed in situations like macros, portraits, sunsets, low light and more. The evolution is striking.

Backlit iPhone photos through the years

The demo also gives you another reason why, if you’re still using an iPhone 4S (or earlier), it’s time to hand it down to the kids or trade it in and upgrade. Man, looking at these shots, it’s hard to believe I used to look at those terrible little pixilated blurry shots on my old 2005-era Nokia and thought, “wow! My phone takes pictures!” And that was enough.

Learn more about the differences between each iPhone camera at Snap Snap Snap, the blog from Tap Tap Tap, the makers of some of our favorite camera apps. Speaking of which, the new Camera + 6 is here, optimized for iOS8. Review to come!