TZOA: A wearable to measure air quality and help you breathe easier 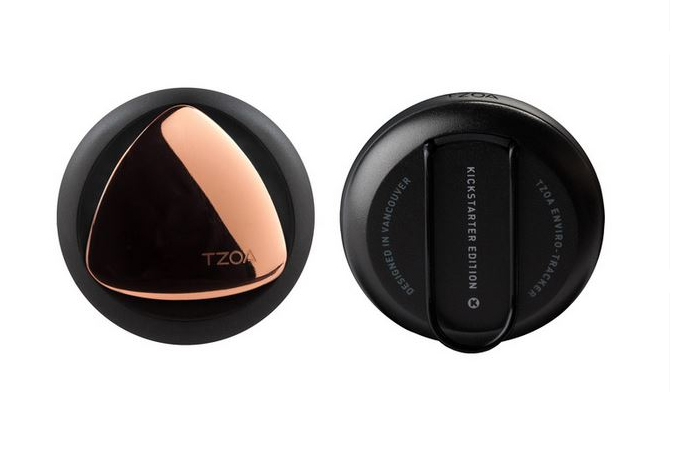 Don’t laugh, but I rely on frequent deep breaths to get me through the day, especially when my kids are being especially ornery. And thanks to a really cool gadget to measure air quality called TZOA, I can see if those calming breaths I’m taking are full of clean air.

TZOA (pronounced Zoa, silent T) is a Kickstarter campaign offering the first wearable environmental tracker that measures both air quality and UV rays. Cool, right? We have covered tons of awesome wearable gadgets, but most of them have involved fitness tracking or baby monitoring. So it’s really cool to see wearables going in the direction of monitoring the environment. Especially if you consider how useful it could be to parents.

In a nutshell, TZOA uses a super high tech sensor to detect the tiniest particles in the air and determines whether they’re allergens or pollutants. Then you can check the mobile app (for iOS or Android) to get details on the air quality.

I imagine how helpful something like this is for us during the holidays since we’re using our fireplace so much, which I always wonder is doing some not-so-good things to the air in our house. And for parents with kids who suffer from airborne allergies, asthma, or both, it could be a lifesaver. It doesn’t even have to be attached to your body to work properly–clip it to your bag, your stroller, or even just set it on your desk while you’re working.

I can think of so many other applications where the technology of TZOA would be so helpful, whether in wearable form or not. New parents who want to monitor the air quality in the baby’s nursery; a sunscreen check before sending your kids out on a cloudy day; a determination of the pollen count before heading out for a jog. Plus, TZOA also plans to release an open API, which means developers can integrate the technology into other apps, like fitness trackers and sleep monitors. Hey, maybe even the next iPhone considering it’s already headed in that direction anyway.

TZOA is in the middle of a Kickstarter campaign, and they’re almost halfway to the goal. For about $120, you can get your own TZOA to measure air quality, and if the goal is met, TZOA will start shipping in August 2015.