Apps parents should know: The Burnbook app, bringing Mean Girls to a school near you. UPDATED. 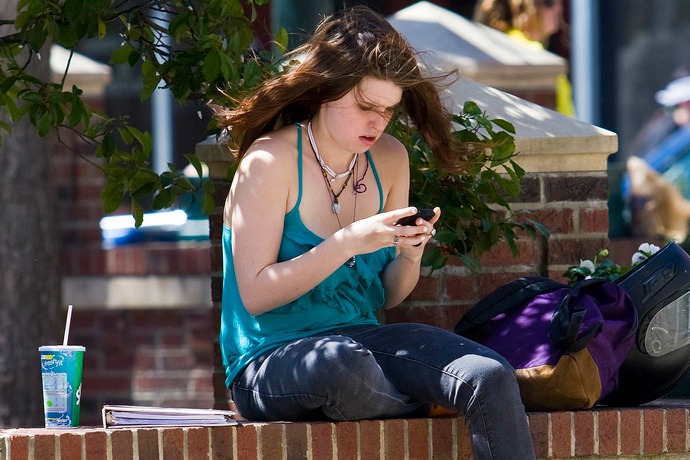 See below for a breaking update about the Burnbook app

If you haven’t yet heard of the Burnbook app, it’s the latest anonymous social app that’s causing a stir among teens and parents and even law enforcement around the country. Next in our series of apps parents should know about (but probably wish they didn’t), Burnbook is similar to Yik Yak and Secret, in that it gives users a platform to post anonymous blurbs and vote them up or down, Reddit style. However unlike other anonymous social apps, Burnbook is all about conversations within communities.

In other words, to use the app, it mandates that location services be used so that it can identify your geographic area. From there, users choose from a list of nearby communities, most likely selecting their own middle and high schools, and then narrow down results to pages just about their classmates — and possibly themselves. Like this one, here:

wow. so lovely. can people stop putting me in the burn book. k thanks pic.twitter.com/0CNEkzKyOq

Then again, this is a student who also tweeted, cyber bulling isn’t even a real thing. turn off your phone and delete your accounts and shit. don’t be a little bitch.

So if you’re wondering whether teens will agree that this is a cyberbullying app, and certainly they seem split on that, we’d say it depends on how bullied they personally feel — or whether they are the ones doing the bullying.

Still, you can imagine just where an anonymous app dedicated to anonymous gossip about classmates can lead.

The good news: While Burnbook has recently gotten a lot of news coverage, relatively few kids are using it. So far. Blogger Adam McLane compares usage stats for Burnbook and Snapchat: While Snapchat has 5.4 million teen users, Burnbook only has 400K teen users, and it’s been around since last September.

Reassuringly, Blushhh LLC, the Burnbook owner and operator, has promised greater oversight in the past week, ever since multiple threats have been made via the app, including bullying, bomb threats, school shootings, and the release of nude photos, activities which resulted  in police involvement in several instances.

Now, the developers claim that all posts will be filtered and preapproved, which is a great move if they can live up to that promise with nearly 100,000 daily posts right now.

Your safety is our #1 priority. We proactively provide info 100% of the time when dealing with Burnbook threats.

Meanwhile, parents in Texas have taken a different approach by flooding their kids’ online communities with encouraging and positive messages with the hopes of overcoming negativity in their local Burnbook communities and redirecting the overall tone.

I checked the Burnbook communities for my teen’s middle school, our local high school, and all the other schools that came up when I opened the app. Fortunately there were almost no posts, and only one of them concerned a girl’s anatomy. But for me, that’s one too many.

And despite what the owners of the app say, I have to question the motivation behind the creation of an app named for a book filled with hateful gossip in a movie about how cruelly girls can treat each other. Plus, while the Burnbook app TOS state that users must be 18 years old, or 17 with permission of a legal guardian, the communities definitely include middle schools. Last I checked, that means the students are 11-14.

In short, Burnbook’s officially stated intent and TOS don’t match up logically with how kids are likely to use it. But hey, when there’s money to be made, there are plenty of unscrupulous businesses who don’t really care about how their product might harm children, in technology and beyond.

We’d also like to point out that the promise of anonymity — both on Burnbook and in general — is generally a false one. Parents and users should also aware that the Burnbook app TOS states We reserve the right to release information on any content you have posted in the past and future.

In other words, when your IP is tied to something hateful, harassing or illegal, they have the right to send that information to law enforcement, school administration, or other authorities.  So if hurting another person isn’t enough to keep kids from cruel or threatening behavior, maybe the prospect of legal action will be.

If you see this app on your kids’ devices, don’t just assume that they’re using it to bully their peers. Take it as a good opportunity to start a thoughtful conversation about tech safety, actions and consequences.  –Julie, with Liz

Burnbook is available for iOS and Android

UPDATE MARCH 31: As of 12:50PM, when you search for Burnbook on the iTunes store, it appears to have been removed. If so, good move, Apple. However it does remain available at this time on Google Play.

We’ll keep you updated with any other news.