The Apple Watch: The best thing ever, or the end of human interaction as we know it? 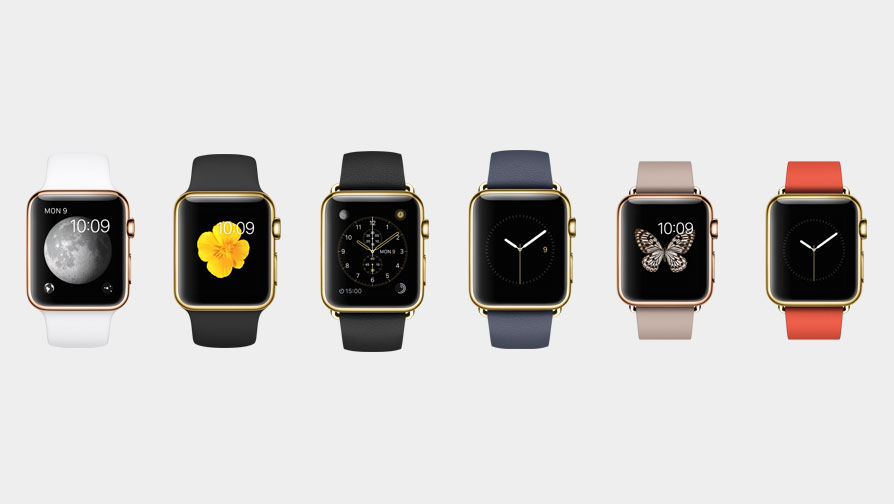 Today the world was treated to a comprehensive demo of the Apple Watch via the Apple Watch Event live announcement. On one hand, the geek in me is flipping out. Anyone who ever watched Get Smart is probably nodding vigorously right now and thinking, the future is here.

The Apple Watch is basically an iPhone, only you wear it on your wrist. Also, it has the added benefit of inviting strangers on the street to come up to you and bug you and ask you questions about it all day long.

If I sound cynical, well I am to some degree. However the Apple Watch is pretty remarkable when you look at how innovative it is, and just what it can do. Your phone calls can come right to your watch. Apple Pay means you don’t even have to reach into your bag and pull out a phone to pay for a cab ride — or a bag of groceries, while you’re juggling a baby in a carrier. And the app integration is going to be wildly impressive; you can even download the Apple Watch app starting today on iOS 8.3

The multitude of apps look pretty impressive, with the way they’re developed to suit the screen size and limitations of the watch. I especially can see the social media functionality being a huge plus–I liked the demo of how easy it is to scroll and engage with your Instagram feed right on your wrist.

And of course the Apple Watch connectivity features will be predictably cool, as far as texting and communicating with the people in your lives. A dedicated side button gives you immediate access to friends and their pretty avatars. You can also send your heartbeat or a sketch which to me sounds a bit gimmicky, but maybe applications for those features will soon become clear.

Apple just always knows how to make things more human than their competitors do. It seems they really have their eyes on creating something essential day-to-day for the regular tech user, and not just the uber-geeks of the world.

There are also plenty of conveniences that come with the combo of wearable tech and voice dictation, like creating easier reminders, setting calendar appointments and alerts — which I often forget to do when I need to do them — and looking at the weather just by lifting a wrist and asking about it. I also imagine maybe asking your wrist for directions could make driving a little safer than when you have to hunt for your phone in your bag to do the same.

Then there’s all the fitness tracking technology, which is pretty extensive. If it delivers, the watch will be a wearable fitness category killer.

(Also, the alert that lets you know you’ve been sitting too long may kill a lot of painful 3-hour business meetings. Which is a good thing.)

Then, I have some small criticisms, like the 18-hour battery life; if the Apple Watch delivers even slightly less than that, it means your watch will be dead before bedtime each night. And is that with just mild use, or with you checking Facebook 17 times a day? Then I think about the charging, which requires a magnetic cable you plug in, requiring you to take it off each night.

While many people do take off their watches at night, won’t that sort of negate some of the fitness and health tracking benefits Apple has been touting? No sleep tracking?

Raising my hand with a request for wireless charging, please.

Now of course the wearable tech revolution comes at a price.

The Apple Watch Sport, in a silver or space grey with colorful bands starts at $349 with an extra $50 for the 42mm version. I kind of think of that like the iPhone 5C of the bunch. Then there’s the standard Apple Watch starting at $549 and that’s just for the basics. Depending on the band you choose it goes up to $1049 (whoa) which is quite the bargain compared with the Apple Watch Edition that starts at $10,000 in select stores.

Like the Kanye West Shops Here Store, on the corner of Rodeo.

Keep in mind that with Apple’s track record, the next version will fix any complaints; you might want to think about that before you plunk down the cash for the first version. Then again, you will lose bragging rights about owning the first version. Depends what that’s worth to you.

But let’s talk about the other kind of price.

Yes, this is all shiny and awesome and life-changing and just wow. What tech fan wouldn’t want to try this out? But as a parent (and someone who actually likes interacting with people upon occasion) I have serious concerns about what the popularity of a device like this will do to us socially, should it catch on.

I admit that like so many, I sometimes have a hard time putting my iPhone away when I need to–and stuffing it in a bag or parking it in another room helps a lot. It’s not quite as easy to just take a big watch off your wrist or flip it upside down on the table. By definition, a watch it’s right there on your arm, just beckoning you to check or talk to or play with that technological temptress encased in space black stainless steel.

I also happen to be one of old-fashioned people who can’t stand seeing the glow from devices when I’m in a fancy restaurant, movie theater, or even a dimly lit cocktail party. It’s like an intrusion on everyone else. Will this mean more of that? Or will a small screen mean maybe less of that?

Then I ask myself the big question: whether we are on the road to never needing to make eye contact with other humans ever again.

Apple calls this “our most personal device yet” but is it actually the opposite? There’s a difference between personalized, and personal.

I’m not a technophobe by any stretch , but as May Bohon pointed out to me on Twitter, when Apple claims you can check into a hotel without going through the front desk, that’s not always a good thing. I want a person to look me in the eye, welcome me, assure me that I have a really nice room — or hey, maybe an even nicer one they can upgrade me to, now that they realize what a long, delayed trip I’ve had — and remember to give me the key to the minibar. And I’d like that person to still have a job in a year or two as well.

So I guess I’ll take a wait-and-see attitude with the Apple Watch. It’s so cool in so many ways that are undeniable. I hope it’s not too cool for it’s own good.

So what do you think? Will you get one?