The new LEGO Minifigures Online game, where everything is (mostly) awesome 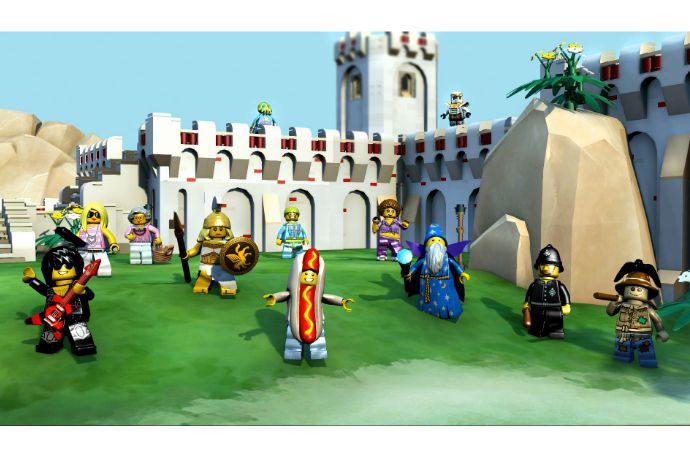 For years, my kids have collected LEGO Minifigures which they love to play with while building with their LEGO bricks. So, it was with great excitement when they learned that LEGO has come out with a brand new game that puts their beloved Minifigures into the online world as well.

LEGO Minifigures Online is a multi-platform game for kids small and big,  that reminds me of the LEGO Wii games we have piled up next to our television set. As in those games, in LMO players move Minifigure characters from scene to scene, following clues, battling bad guys, and assembling bricks to help them on their quest. But unlike the Wii games which tend to be wrapped around a movie platform like Batman, Harry Potter, or Star Wars, in LEGO Minifigures Online, the gameplay crosses through various worlds, beginning in Pirate World, using individual minifigures they can collect for their different powers.

LEGO seems to really have had fun coming up with unique powers for each Minifigure. While some are pretty predictable — like the Wizard who shoots a magic lightning bolt or the Alien who shoots a glowing death ray — there are others that aren’t so typical.

The Spooky Girl smashes her enemies with “the power of her brooding darkness” (ha, sound like any teen you know?), and the hot dog rolls over obstacles when he needs to get out of a tight position. Some powers seem silly–the Trendsetter takes selfies to protect herself–but, I do like that not every characters “shoots” something.

You should be aware that LEGO Minifigures Online has an age rating of 10+ for Fantasy Violence. Hm. After playing this for a while, I don’t think there is anything truly violent about this game; characters either fall to LEGO bits or just fade away when defeated. However there can be quite a few attackers at once which could potentially overwhelm a young child. (Or a parent who isn’t all that used to playing video games. Ahem.)

Points are earned by fighting and defeating enemies which also increases the level of gameplay your Minifigure can access. After a while, the gameplay can feel repetitive as you run-fight-run-fight throughout the spectacular-looking worlds. It’s my 10 year old’s opinion that LEGO Wii games we own are a lot more challenging to play, but we’re hopeful that LEGO will add features and more complex challenges as it updates the game to keep kids interested for the long term.

Another feature that will be interesting to watch is how LMO players from all over the world, and from any accessible device, will all play in the same world at the same time. In my gameplay, I’ve only come across one little Minifigure controlled by another player running near me, though as the game gets more popular, I do worry that the world will become as crowded as a mosh pit with LEGO bits flying every which way. I’ve been assured that traffic will be managed so that players are split across multiple, though identical, platforms to keep scenes from becoming overcrowded.

The game will also include live “chat” that will be monitored 24/7 so that conversations remain appropriate for minors, and they use a strong automatic filter for certain words, terms, or phrases. Honestly, the action moves so quickly, I can’t imagine having time to read a scrolling chat or having the time to type I’ll get the monkeys! but I’m also not an accomplished gamer like my 10-year-old.

To access LEGO Minifigures Online, there are two options: You either purchase the full game for the PC or Mac for $29.99; or purchase the first world (Pirate Island) for iOS and Android for $4.99, with additional worlds costing $3.99. So, not all that cheap. And, it probably won’t be your only purchase because LEGO will cleverly add codes to new Minifigures sold, so that your child can download that code into their game and play with their new toy in their game. Pretty smart, I must admit.

In fact, I’m pretty sure “new Minifigures” will be the stocking stuffer of choice for this upcoming holiday in my family.

Check out LEGO Minifigures Online which is available for play on PC, Mac, iOS, and Android. Your child can log into his or her account across devices, but you will need to purchase both the desktop and mobile versions to access the games on different platforms.