Common Sense Media: How to know what to watch with your kids, and when 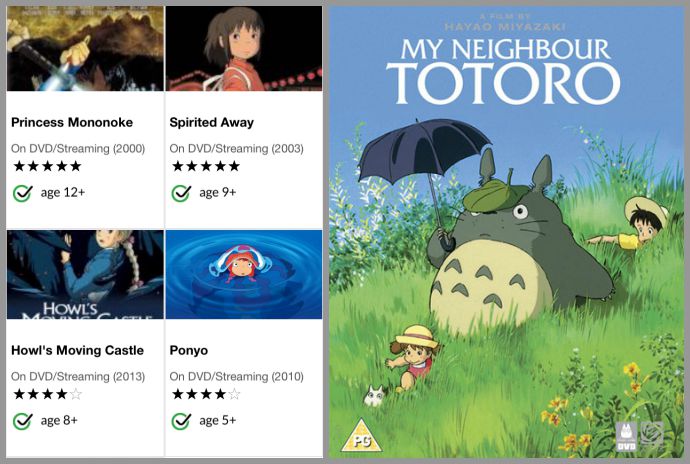 It’s been awhile since we first mentioned Common Sense Media on Cool Mom Picks back in 2009. Since I check it so often, like to remind myself whether there are any pikes through the head in Hunger Games, or whether The Bad News Bears is totally inappropriate for my fourth grader based on today’s values, I just figured it was one of those “in every parent’s back of tricks” resources.

As it turns out, so many parents have been thanking us for the reco after hearing us talk about it on our recent SPAWNED podcast, that I thought it was worth revisiting here. Because it should definitely be in your bookmarks or on your mobile device of choice.

Plus, come a long way in the last several years with tons of new features and content, and more in-depth analysis of media choices. 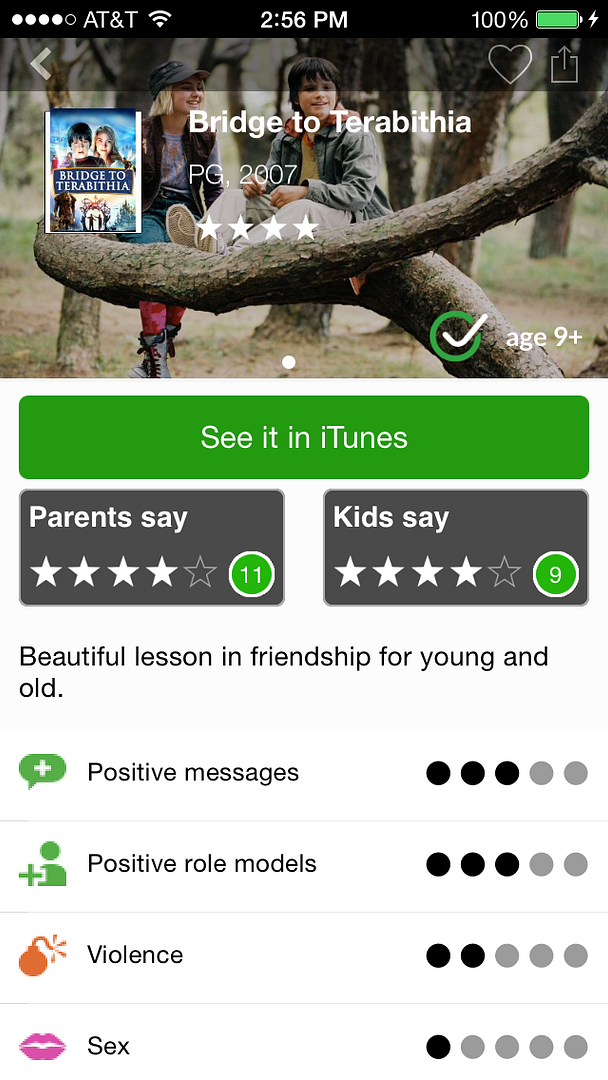 This website and Common Sense Media mobile app (iOS and Android) are like a Trip Advisor for movies, media, and video games, to help parents figure out what’s okay for your kids and what’s not. Not by specifically telling you do not let your pre-teen watch the Avengers ever! but by combining editor recommendations and ratings about various facets of the film — language, sex, violence, role models, smoking and drinking — with crowdsourced evaluations from both parents and children.

Thus, it allows you to use your own common sense (see how that works?) to evaluate the sources, then make a decision that suits your own values, and your own kids’ maturity levels.

Editors also evaluates books, websites and music, but I admit I tend to rely on other sources for those categories.

However I do use the app not not just to check up on films or TV shows I haven’t seen (or haven’t seen for decades), or to figure out whether Ant Man is worth spending a zillion dollars to see in theaters, but to spark an idea for at-home family movie night that I might not have considered otherwise. Like a Marx Brothers movie or my own childhood favorite, The Red Balloon. Which is so so great, even today.

I like that the editors offer discussion points and questions you can ask kids about specific films to help bring them to life, but they’re not always as thorough as I’d like for the older films — probably because of the vast amount of media covered on the site.

For example, the only questions about Oliver revolve around the power of Dickens’ storytelling or how music helps with the movie adaptation. Not bad, but I could think of like 30 other Socratic questions about orphans, morality, and poverty that could generate a great discussion, and I’m sure you could too. Like, is there any time it’s okay to steal? Start with that one.

But hey, at least they’re getting your gears moving about turning family entertainment from something passive into something more active and educational for kids, whatever the film or show.

Common Sense has also just launched an essential movie guide for families that helps you pick the right movie for your kids by age, that’s definitely worth checking out. There are categories like classics, laugh-out-louds, and coming of age movies for whatever mood you’re in.

And if you’re wondering, yes, we totally watched Bad News Bears a few months ago (bad language isn’t a major deterrent for me) and my kids loved it. Though I’d love to have a crack at rewriting that review too. Where’s the mention of the essential theme about sexism in sports and how girls can do things that boys may not think they can?

That preceded #likeagirl by nearly 30 years.

Visit Common Sense Media to help you pick out great movies, shows and video games to watch with your kids. And to hear more about the kinds of movies we’re watching with our own kids these days, check out the latest episode of SPAWNED with Kristen + Liz called “You let us watch death, Mom!” Which is referring to possibly the last movie you think it is.