Organization help: Decluttr app gives you cash for unwanted CDs, DVDs, and games. But is it worth it? 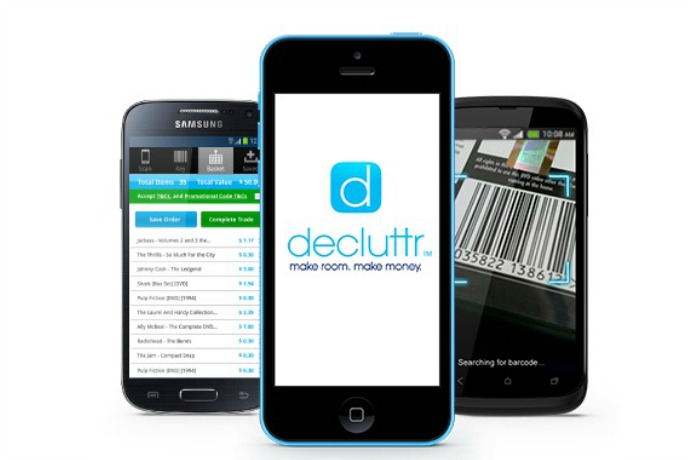 Since starting to Konmari, or “tidy,” my  home almost a year ago, I’ve found myself avoiding certain categories of stuff left to purge, like the four large bins of CDs we’ve had stored in our basement since switching all our music over to digital. But I recently discovered an app that makes it easier to part with all that media, because I actually get paid to declutter. And that’s apparently all the motivation I needed to part with them.

Aptly named Decluttr, this free app for iOS and Android is so easy to use that I’ve already sent and received payment for one box of CDs and will soon ship out my second box this week. Simply gather up all those discs, whether music, video or games you no longer want or need, then scan the barcode into the app. Decluttr reads the code and vibrates your phone to show just you how much they’ll pay for the item. Then just pop them in the mail with the prepaid mailing label (another thing I love) and you’re done.

Now, before you start dreaming of big paychecks, here’s the reality check: Most of the CDs I’ve scanned earned me a whopping $.40, or even less.

This was definitely not my experience! Most CDs sell for $.30-.40 more likely

Another challenge to keep in mind: As with some popular clothing resale services, once you’ve sent your media off to Decluttr, it’s gone, even if Decluttr ultimately rejects any of your items. I’ve read that they are picky, only accepting complete packages –no loose CDs or torn manuals–though I believe that they will replace a cracked jewel case.

So know that while it can be a little heartbreaking to learn that your absolute childhood favorite will only get you a dime, or that the $40 special-edition boxed set you bought for Christmas one year is now worth a whopping $1.50, this is less about some get-rich-quick scheme and more about an easy way to declutter. In fact, you can do much, much better selling special media singularly to a direct buyer.

But if you don’t have the time to haul everything to a local used record shop (if they even have one near you), or to wait around for Craig’s List no-shows, Decluttr is great if you want to make something for your investment without having to put a ton of time into it. Because, after all, time is money.