21 funny baby milestone photos every parent must have, that tell the whole truth about parenting 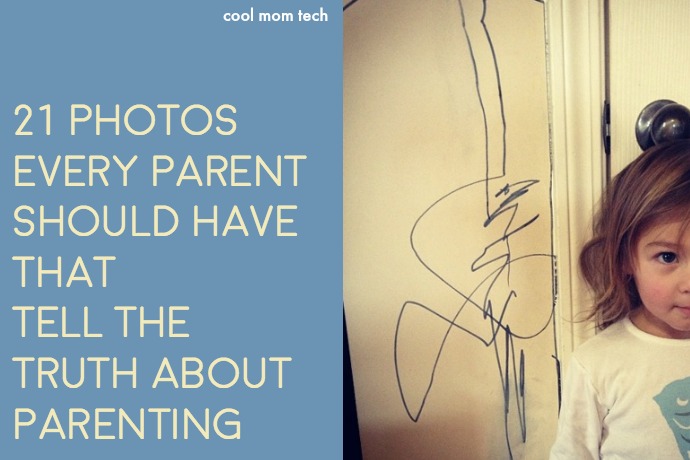 Let’s be honest, the best photos of kids are never the perfect ones. They’re not necessarily the photos that required hours of prep time picking out a perfect outfit, or a six-lollipop bribe for a smile. Looking back at our own favorite photos of our family, we vote for those funny baby milestone photos that every parent knows about.

You know, the pics that depict the reality behind parenting — the outtakes, the imperfections, the tantrums, the mess, the shots that really show your child’s personality. Every facet of it.

But then, that doesn’t mean that you want every one of those shots for public consumption. Sometimes, you just need to save those real life parenting moments for that tight-knit group of close friends and family.

That’s why we’re glad for apps like our sponsor, First Smile, which allows parents to privately share all those awesome photos and up-to-date happenings a smaller circle of invited viewers.

The app not only gives you a safe –and free! — space to save the photos and videos you upload from your iOS device, Android device or PC, it actually auto-organizes every single one by your child’s age so they’re easy to find again.

So, what photos should you be snapping and sharing? Here, the 21 baby and toddler milestone photos we think every parent needs to have, so they have an accurate record of the truth about early parenthood.

2. The first oh, so that’s why you diaper boys differently than girls photo

4. The first miserable “you expect me to eat this stuff?” photo

5. The first “yes, my baby is eating something I anonymously shamed some other parent on a message board for, before I actually had kids” photo

6. The first I don’t think the baby’s smiling because she’s happy photo

8. …immediately followed by the first “accident that did happen, I knew it” photo

9. The first why we had to leave the park early photo

10. The first “oh look, he discovered maxi-pads stick to himself” photo

11. The first wall art photo. Created with a Sharpie. That will come off when you die.

12. The first pulls off own diaper in public photo

13. The first yes, I let the kid wear the superhero outfit to church/Grandma’s/the fancy restaurant photo.

14. The first oh look who got into my makeup bag photo

15. The first he put WHAT in the toilet? photo

16. The first eek, I think he tried to cut his own hair photo

18. The first “remember when we thought one kid was hard?” photo

19. The first everyone on the airplane wants to kill us photo

20. The first why we can’t go to nice places photo

21. The first love letter photo. Which makes up for all the rest.

Thanks to our sponsor First Smile for making it easy for parents to privately share their favorite children’s photos  — whatever they may be– with an approved group of friends and family. You can download their free app for iOS and Android at iTunes store or Google Play.