What’s new and exciting from Apple for parents: The iPhone SE, the 9.7 inch iPad Pro, and iOS 9.3 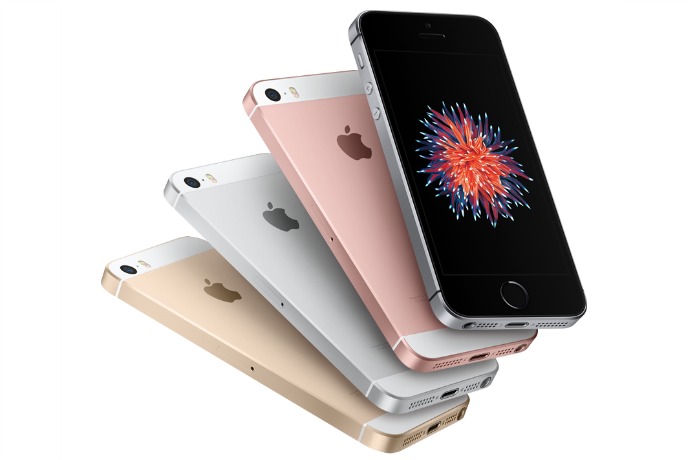 There was lots of news at this week’s big Apple Event, from cool new developments in Apple’s dedication towards sustainability to awesome new product announcements (and price changes on existing ones). We took the time to go through it all, to share the most exciting news we think parents will care about. And yes, non-parents too.

As popular as the new bigger iPhone 6 and 6S models have been (not to mention the 6+), the demand for a smaller phone is still high. We’ve heard it from our own readers plenty — especially those of us ladies with smaller hands and tinier pockets.

It’s definitely taken some time for me to get used to holding my iPhone 6S and I still have some issues using it with one hand.

Well, meet the iPhone SE, their newest phone which is bringing back the 4-inch screen. It’s as powerful as the 6S, featuring a mighty processor and a 12 megapixel camera, that parents of course rely on a ton. It’s also got the helpful features of the 6S that parents really love, like Hey Siri for hands-free activation, ApplePay for faster check-outs without digging through a handbag while wrangling kids, Touch ID which is the best time-saver ever, and a retina flash for better dark light selfies.

(How could we live without that?)

For those of you who have been coveting the power of the 6 and 6S, but have been hesitant to commit to a larger phone, then the iPhone SE could be the phone you’ve been waiting for, with pricing starting at $399.

Given how beloved and essential the iPad is for so many families it’s no surprise Apple decided to create the hot new iPad Pro with a 9.7 inch screen, specifically for iPad lovers who might be tempted by an upgrade, as well as the huge market of PC users who are working on outdated Windows machines.

Judging from the number of our readers who have iPads at home — upwards of 90% of you — we think this smaller Pro tablet could be huge news for parents.

The smaller iPad Pro is pretty much identical to the original iPad Pro, featuring the same super fast A9x processor. The biggest difference, besides the display size (down to 9.7″ from 12.9″, or equal to the size of the iPad Air 2)  is the True Tone display which is brighter and overall better than its predecessor, and designed to make looking at the screen easier on your eyes. Unfortunately there’s no 3D touch which is one of our favorite features of the latest iPhones and the Apple Watch.

Parents will also like the improved camera (provided you’re taking photos with your iPad) — the rear camera has jumped from 8 to 12 megapixels, and the front from 1.2 to 5, all with more low-light capabilities. It also offers 4K video recording, which our kids will love when they steal it to shoot their own shaky videos.

And yes, you there are accessories to match, including a bluetooth keyboard and the popular Apple Pencil– with plenty of third-party options to come, no doubt.

Finally, you do have the ability to add cellular service to all the 9.7-inch iPad Pro models, which is good news for those of you looking at the 32GB which is Wi-Fi only on the original Pro.

The new 9.7 inch iPad Pro starts at $599 for the 32GB model and will be available for pre-order starting tomorrow.

Due to the success of ResearchKit, which utilizes opt-in data from users to assist health researchers, Apple has now created a new suite of apps called CareKit. It even includes one developed with our friends at Postpartum Progress, which is fantastic! CareKit is designed to help patients communicate with health professionals, and provide valuable data and information about their symptoms and progress, all of which will be used by doctors and researchers to help future patients with similar diseases and disorders.

This means access to technology like a seizure predictor for patients with Epilepsy, and a home-diagnosis screening for parents of children with Autism. We think parents will definitely want to take a good look at this.

It’s probably no surprise that the Apple Watch has exceeded sales of all other smart watches on the market. (Look for our own review coming up about how we honestly feel about the Apple Watch as parents after 6 months of use.) A newly announced price drop will definitely help that number increase. Along with fun new band styles and bright colors — which we love! — you can now grab an Apple Watch starting at $299.

The bands themselves are now cheaper too with the woven nylon option shown here for just $49. Big difference from the $199 Milanese Loop band, as much as we love it.

We were big fans of iOS 9, and admittedly, iOS 9.3, which is available for updating your devices right now, doesn’t really have too many super exciting changes. Smaller updates include passcode (or fingerprint) protection for Notes, a “Nearby” feature in Maps to help you more easily and quickly find gas stations or parking garages for example, and the addition of “Top Stories” in Apple News which will feature Editors’ picks and trending topics front and center.

Which is well and good provided you use Apple News. But mostly, these are pretty minor adjustments.  Unless you have a 6S or 6S+ already, in which case you’ll find some fun new features that optimize 3D Touch actions.

To us, the most interesting feature of iOS 9.3 is Nightshift, which actually shifts the colors of your display to warmer or cooler colors , based on the time of day, presumably so you can sleep better if you’re checking email or reading your Kindle app before bed. Once you enable Nightshifit (you need to have an iPhone 5S or more recent, the iPad Air, or 2nd gen iPad Mini) then it will use your clock and geolocation on your phone to figure out the time of sunset, then automatically reduce blue light in order to improve your sleep patterns.

Of course it’s yet to be determined if this is gimmicky, or we see any real impact — but we do know that parents can use all the sleep we can get.

One note of warning though: the tech community is issuing warnings about using iOS 9.3 on iPad 2 models (which we have at home ourselves) so definitely read up before you upgrade all your OS devices right now.