Jump Numbers math app for kids: Our cool free app of the week 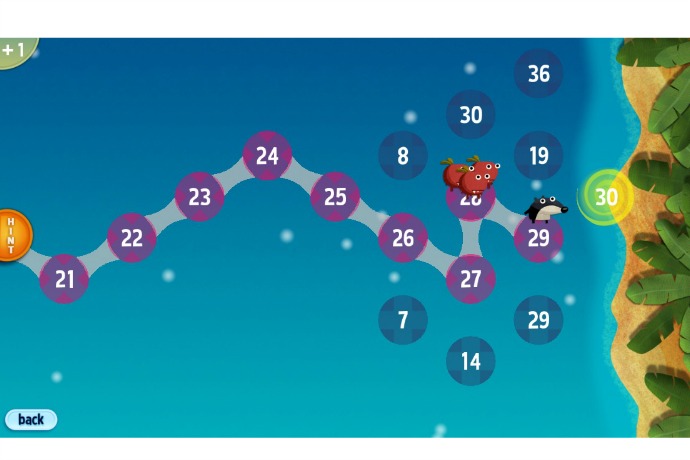 With the school year ending soon, I know that my kids aren’t going to stand for games or apps that feel too much like a school lesson. Nor do I want them to spend their summer days doing nothing but memorizing math facts. But after playing with the skip-counting math app, Jump Numbers, I’ve found an app that feels more like a fun challenge than a drill-and-kill math lesson.

Jump Numbers for iOS is normally a paid app, but this week a free version was released that gives kids access to the first level of the game so that you can try it before you buy it.

Playing Jump Numbers’ free version is very simple: Just skip count by ones or twos to get from one end of the screen to the other, all the while saving the sweet little “Snortles” who are trying to make it back to their volcano home. And while “skip counting by ones” sounds ridiculously easy, not so. You’ll see. But don’t worry, Jump Numbers provides hints in case you can’t see the combo that is right under your nose.

If you decide to move to the paid version, your kids will find themselves skip counting by higher numbers with more complex mental math skills required, all adapted to the player’s ability. So, while it is recommended for kids ages 6-8, I’d say Jump Number is even quite fun for those of us whose ages are somewhere around the multiple of 6 and 8.

Download a copy of the free version of Jump Number for iOS at iTunes.