The Superbook turns your smart phone into a laptop. Yes, you read that correctly. 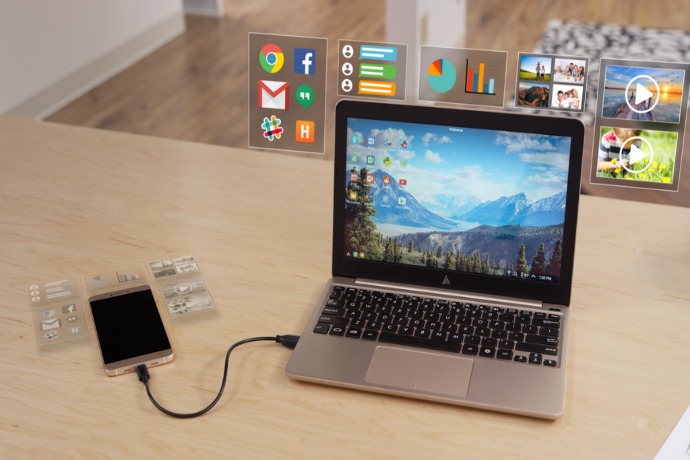 As much as we already do with our smartphones, the small screen and tiny keyboard can be limiting, at least when it comes to getting actual work done. That’s probably why the Superbook has completely blown its Kickstarter goal.

Related: A keyboard case that turns your iPad into a laptop. Sort of.

The Superbook is a smart laptop shell with a large screen, a keyboard and a touchpad, along with over 8 hours of battery life. All you have to do is plug in your Android smartphone, which launches the corresponding app, and boom! Everything on your smartphone is synched and you’ve got the full laptop experience.

The idea of having only one computer could be pretty huge, not to mention cost efficient. And while so many people are transitioning to using tablets in lieu of laptops and desktops, there are still plenty of people who do still need a computer in their lives.

For now, the Superbook will only work with Android phones, which means we iPhone users get to drool over it. And while it’s completely exceeded its 50K goal on Kickstarter, you can still get in on the early models, though they won’t ship until early next year.